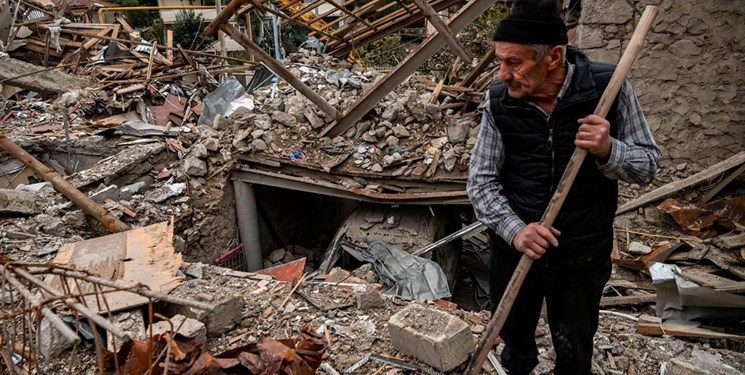 TEHRAN (FNA)- Iran enjoys the capabilities to participate in the reconstruction process of Karabakh region in the Republic of Azerbaijan, a member of the Tehran Chamber of Commerce, Industries, Mines and Agriculture said on Monday.

Yahya Al-e Es’haq pointed to Azeri President Ilham Aliyev's call on friendly states to participate in the reconstruction of the conflict-hit region, arguing that Iran has the best potentials to be part of the project.

“Iranian firms and contractors have gained good experiences in the fields of reconstruction after the Iraq-Iran war [1980-1988],” Al-e Es’haq said.

According to the official, Iranian companies have carried out important projects in countries like Iraq, Pakistan, Venezuela, Sri Lanka and Syria.

“Iran has skilled manpower and high technology as well as hardware facilities to implement different projects in developing roads, railways, ports, and buildings,” he noted.

“The Republic of Azerbaijan and the Islamic Republic of Iran enjoy amicable ties, which could pave the way for further cooperation especially in terms of conducting reconstruction projects in the Karabakh region,” Al-e Es’haq added.

In relevant remarks earlier this month, Iranian Foreign Minister Mohammad Javad Zarif said that in his meeting with visiting Azeri Foreign Minister Jeyhun Bayramov, they have conferred on plans and efforts to reconstruct regions in Azerbaijan which have been destroyed during the recent Karabakh war.

Zarif also welcomed the termination of hostilities and restoration of territorial integrity of the Republic of Azerbaijan.