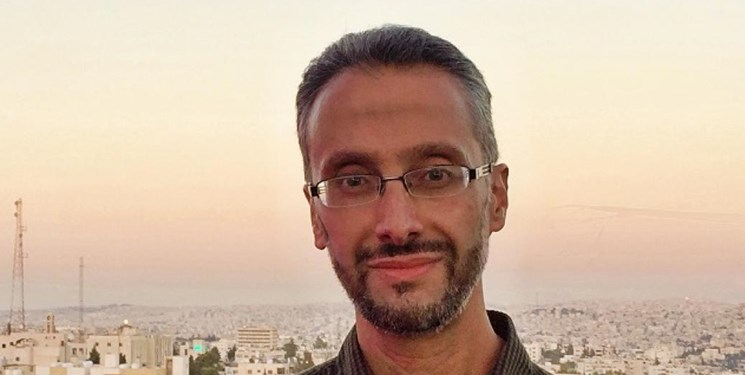 TEHRAN (FNA)- Rifah Audeh, a filmmaker and activist, says Israel makes Palestinians’ lives “as miserable as possible” by demolishing their homes, while it knows the homeless have nowhere to go.

Speaking in an interview with FNA, Rifat Audeh said Tel Aviv defies the international calls to stop its policy of Palestinians’ home demolition “as long as Israel knows that these calls or condemnations will not be followed by anything that could affect it economically or politically”.

Rifa Audeh is a Palestinian-Canadian veteran activist and defender of Palestinian human rights. He is a former mechanical engineer, now working as a journalist, translator and filmmaker. He was aboard the Freedom Flotilla that sought to break the siege on Gaza in 2010. His movie on the Freedom Flotilla has been awarded in multiple film festivals.

Q: While the world was following the US elections, Israel demolished the entire community’s residential compound of Khirbet Humsa, leaving 74 people homeless. Do the residents have anywhere to go, to leave in peace and comfort?

A: The demolition of Palestinians’ homes is a long-standing oppressive Israeli policy that has been ongoing for decades with no end in sight. Since 2009 alone, Israel has demolished more than 7000 Palestinian homes. The Israeli authorities know that the displaced Palestinians have nowhere to go; but, they do not care, as this is the objective actually: to make their lives as miserable as possible, in a slow process of ethnic cleansing, while the world does not pay attention. To give just one example, in 2010, more than 10 per cent of people displaced by demolitions in East Jerusalem and what is known as “Area C” were refugees already, thus being uprooted from their homes once again by Israel. The fact that Israel now again undertook this criminal act while the world was preoccupied with the US elections is not surprising. An in-depth scholarly study titled “Attack When the World is Not Watching? US News and the Israeli-Palestinian Conflict” concludes that “Israeli attacks are more likely to occur when US news on the following day are dominated by important predictable events” and that “Israel's strategy aims at minimizing next-day coverage”.

Q: The EU urges Israel to stop demolitions in Palestine. This is while Israel demolishes even EU-funded Palestinian structures, such as schools! How does Israel defy the international call to stop its demolition policy?

A: Israel continues to defy the international community and its calls on it to terminate its human rights violations, because it is fully aware that it can continue to act with impunity. So while the EU may feebly call upon Israel to stop its demolition policy or condemn it, this is of no significance unless the EU follows up on this with serious consequences, namely some type of sanctions or penalties against Israel. However, as long as Israel knows that these calls or condemnations will not be followed by anything that could affect it economically or politically, it will not be deterred and will continue to engage in its crimes repeatedly, as history has been showing.

Q: While the Arab League, Qatar, and Jordan condemned Israel’s demolition of Khirbet Humsa, nothing was heard from the UAE, nor Bahrain. Do you believe these Persian Gulf tiny states show more care for cementing ties with Israel than their relations with other Arab and Muslim nations?

A: It is no secret to anyone who follows the political landscape in the region that numerous countries have had ties with Israel for years, prior to normalizing their relations with it publicly. It is also well known that the governments of these states act at the behest of the USA. To put it even more bluntly, they do what they are told. In addition to this lack of free will, I do not think that the officials in these countries are driven by morals or decent principles, or have a desire to cement their ties with other Arab or Muslim nations. It is an unfortunate situation to say the least.