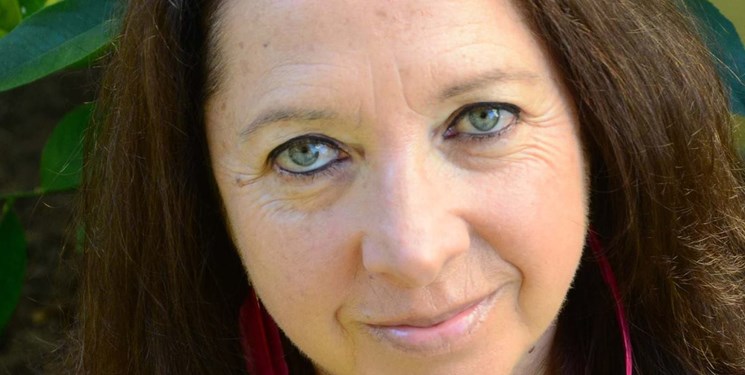 TEHRAN (FNA)- Alicia Jrapko, journalist and activist, says Bolivians elected Evo Morales’s party back to power against the US Monroe Doctrine (1823) which considers the Latin America its backyard.

Speaking in an interview with FNA, Ms. Jrapko said, “The US does not accept it when people in developing countries fight for their sovereignty and self-determination. Bolivia is the perfect example, even though the people chose Evo in 2019 as their president in an open and fair election, with no evidence of fraud, the US responded by carrying out their coup operation.”

Alicia Jrapko is an American journalist and activist. She is the co-editor of Resumen Latinoamericano, US bureau, a co-chair of the National Network on Cuba and the US coordinator of the International Committee for Peace, Justice and Dignity.

Q: Bolivians have returned the Movement Towards Socialism party (MAS) to power. What is its significance?

A: It is really quite a remarkable turnaround when you think about it. Just one year after the illegal coup against Evo Morales, the democratically elected president, MAS has come roaring back with an overwhelming electoral victory. It shows that history does not follow a pre-ordained path and the intervention of the people can be decisive. The people of Bolivia felt that their progress had been stolen. Evo and MAS had made great social advances in the 15 years they were in power in education, health and the standard of living. Bolivia had the strongest growing economy in Latin America and that wealth was being shared with the workers, middle class and especially the rural indigenous communities to the chagrin of the national oligarchy and the US that since the Monroe Doctrine of 1823, has considered all of Latin America its backyard. The US does not accept it when people in developing countries fight for their sovereignty and self-determination. Bolivia is the perfect example, even though the people chose Evo in 2019 as their president in an open and fair election, with no evidence of fraud, the US responded by carrying out their coup operation, why? Because the US implements policy of regime change towards any country where the leadership does not bend down to their interests and plans.

What just happened in Bolivia is an inspiration not just to the Bolivians but to all the people of Latin America. It shows that a people who have been given opportunity and have advanced out of poverty are not just going to lie down and go back to the way it was before. This is exactly why in Venezuela people have been able to endure years of brutal sanctions and hybrid warfare because they remember how miserable and hopeless life was before the Bolivarian process of Chavez.

Q: In an interview, Morales said the West is after Bolivia’s natural resources. Do you agree?

A: Bolivia as any other sovereign country has the right to sell what they produce and their resources to whoever they consider appropriate. All of Latin America has an abundance of natural resources that the banks and corporations lust over. Of course Venezuela, with the largest oil reserves in the world, comes to mind and the lengths that the US, its junior partner Canada and Europe have gone to get it can only be described as an international criminal enterprise in the highest degree that includes stealing the assets of CITGO, formerly Venezuela’s affiliate in the US, and the British theft of $2 billion of Bolivarian gold.

Evo is right when he says at least part of the reason for the coup against him was his willingness to sell Lithium contracts to China and there is a good reason why he did that. These deals with China are not some corporate takeover but rather a joint venture where Bolivia would still maintain majority control and the rate of financial return is much greater than with some Wall Street corporation. Once again under MAS that money was used for national infrastructure improvement, building of homes, hospitals, schools, etc. Bolivia under Evo had maintained a mutually beneficial working relationship with China which is the way it should be instead of subservient cut throat terms of IMF loans. It should be remembered in 2014 China went into a joint venture with Bolivia to launch a telecommunication satellite that not only lowered the cost of internet, television and phone service in rural parts of the country but also provided remote education, teleconferencing and telemedicine programs. Once the satellite was up and running China turned ownership over to Bolivia.

Q: How do you view the role of international organizations in Bolivia’s 2019 coup?

A: Corrupt reactionary characters like Jeanine Anez do not have to have any real qualifications to be chosen by imperialism to rule a country as long as one is sufficiently subservient. The US has at its disposal a variety of agencies to help out in the process of interfering, controlling and repressing a country. Not only do they train and line up their military they provide the regime with all the latest crowd control military grade equipment to repress any rebellion similar to what we are seeing on the streets of major US cities. They also use the USAID and the National Endowment for Democracy (NED) to set up neo liberal agencies while also providing a good conduit for sending CIA operatives in to guide operations. And then of course there is the International Monetary Fund (IMF) used to give countries like Ecuador, Argentina and Brazil huge predatory loans that will take years to pay off through the austerity of the workers and poor. But perhaps the most insidious of all the tools of dominance in Latin America is the Organization of America States (OAS) whose sole purpose is to pave the way for US led neo liberal operations in the region. In the 2019 election in Bolivia it was the OAS’s role through its corrupt head Luis Almagro who cast just enough unproven doubt that fraud had been conducted that led to the ouster of Evo Morales. But now the tables have turned and it is Evo calling for his resignation and for him to be tried in the International Criminal Court (ICC).