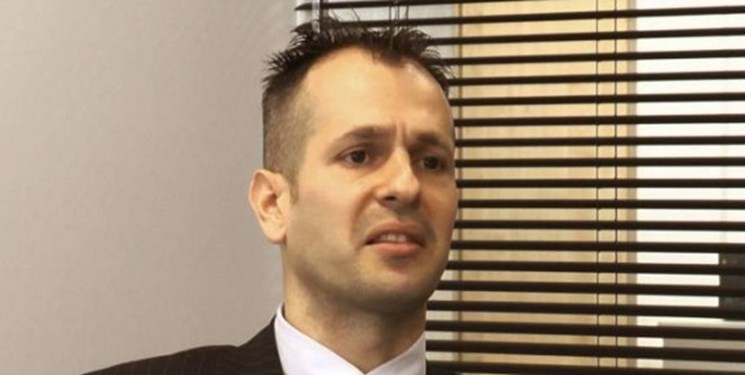 TEHRAN (FNA)- Marcus Papadopoulos, journalist and political commentator, says humanity benefitted from martyred Lieutenant General Qassem Soleimani, an anti-terror commander who stood up to the evil that is Daesh and al-Qaeda.

Speaking in an interview with FNA, Dr. Papadopoulos said the US’s murder of former Iranian Islamic Revolution Guards Corps (IRGC) Quds Force commander “is part of one of the most wicked campaigns of persecution against a nation state which the world has witnessed in recent times. However, the Iranian people have withstood the terrible barrage against themselves from America for nearly 42 years now, and no matter what the Americans employ from their murderous arsenal against the Iranians, never will Iran submit to Pax Americana.”

Marcus Papadopoulos, Ph.D, Russian History Studies, is a British political journalist. He is the Publisher and Editor of Politics First, a non-partisan publication for the UK Parliament. Dr. Papadopoulos is a frequent contributor to international news channels, such as RT and Press TV.

Q: US Democratic Senator Chris Murphy said the assassination of General Soleimani was equivalent to the Iranians’ assassinating the US Secretary of Defense. But, Iran never committed such a crime. Why did the US Administration commit such a crime?

A: The United States murdered General Qassem Soleimani partly out of revenge, partly to strike a blow to Iranian military capabilities, and partly to try and provoke the Iranian Government. Firstly, the Americans are painfully aware that General Soleimani played an instrumental role in the defeat of ISIS - an American proxy - in both Iraq and Syria, which, in the case of the latter, vanquished Washington's objective to topple the Syrian Government and replace it with one which would have been subservient to not just America and Britain but also to Israel, Turkey and Saudi Arabia. Secondly, in light of how the Iranian Revolution has, amongst other successes, given birth to a very proficient, well-led, well-motivated and large military force, capable of effectively defending Iran's national security, the Americans, seeking any opportunity to undermine the Iranian Revolution, murdered General Soleimani in an attempt to weaken the Iranian military capacity and thereby degrade Iran's ability to defend itself from American aggression. And thirdly, the Americans, who, ever since Iran was returned to the Iranian people, courtesy of the great Iranian Revolution, have sought to return the country to how it was under the Shah, namely, a vassal state of the US', have long sought to goad the Iranian authorities into taking retaliatory measures against American hostile actions, so as to provide Washington with a pretext to not only justify and expand America's ongoing economic war against the Iranian people but also to serve as an excuse for an American-led military coalition to be formed in order to take direct action against Iran.

Q: Both George W. Bush Jr. and Barack Obama’s Administrations considered assassination of General Soleimani, but both rejected this option saying this would be too risky. Why did the Trump Administration stood by this option?

A: The Americans are constantly looking to provoke the Iranians so that the US can say at the United Nations that it has legitimate grounds upon which to go to war with Iran. Therein lies the reason as to why Tehran must always proceed with the utmost of caution when considering how to respond to an act of American aggression against the Iranian people. Because if the Iranian Government had responded to the murder of General Soleimani by assassinating an American commander, then this would have, in my estimation, allowed the Americans to proceed in building a 'case' against Iran (for why military action against the Islamic Republic was 'necessary') by instigating a chain reaction, so to speak, in which the Americans would have struck again at the Iranian military, with the Iranians responding in kind once more. Such a scenario would have continued over a considerable period of time, while Western mainstream media, simultaneously, would have been running a ferocious and malicious propaganda war against the Iranian Government, explaining to the American and British publics the 'need' for military action against Iran.

Q: Trump said Lieutenant General Soleimani was an imminent threat to the US, stressing that the murder was to stop a war, not to start a war. The US Congress rejected Trump’s justification, saying it raised more questions than answers. One year after that, do you believe this is still the case?

A: There are certainly no "questions" in my mind as to why the Trump administration took the decision to murder General Soleimani. The murder of that great man, who served mankind by standing up to the evil that is ISIS and al-Qaeda, is part of one of the most wicked campaigns of persecution against a nation state which the world has witnessed in recent times. However, the Iranian people have withstood the terrible barrage against themselves from America for nearly 42 years now, and no matter what the Americans employ from their murderous arsenal against the Iranians, never will Iran submit to Pax Americana. Iran is a source of inspiration and energy to all countries in the world which are under the cancerous domination of Washington.