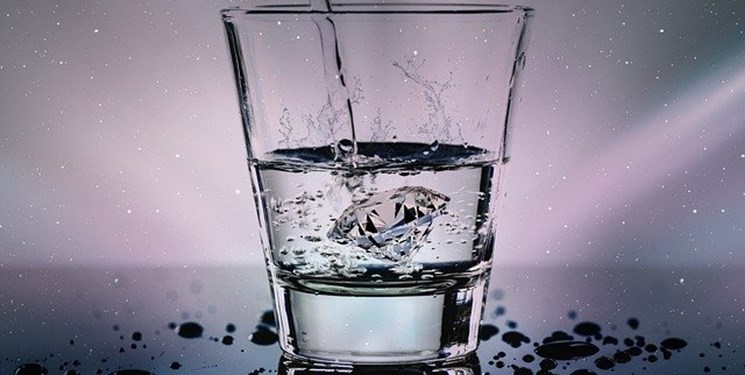 TEHRAN (FNA)- Producing clean water at a lower cost could be on the horizon after researchers from The University of Texas at Austin and Penn State solved a complex problem that has baffled scientists for decades, until now.

Desalination membranes remove salt and other chemicals from water, a process critical to the health of society, cleaning billions of gallons of water for agriculture, energy production and drinking. The idea seems simple -- push salty water through and clean water comes out the other side -- but it contains complex intricacies that scientists are still trying to understand.

The research team, in partnership with DuPont Water Solutions, solved an important aspect of this mystery, opening the door to reduce costs of clean water production. The researchers determined desalination membranes are inconsistent in density and mass distribution, which can hold back their performance. Uniform density at the nanoscale is the key to increasing how much clean water these membranes can create.

"Reverse osmosis membranes are widely used for cleaning water, but there's still a lot we don't know about them," said Manish Kumar, an associate professor in the Department of Civil, Architectural and Environmental Engineering at UT Austin, who co-led the research. "We couldn't really say how water moves through them, so all the improvements over the past 40 years have essentially been done in the dark."

The findings were published today in Science.

The paper documents an increase in efficiency in the membranes tested by 30%-40%, meaning they can clean more water while using significantly less energy. That could lead to increased access to clean water and lower water bills for individual homes and large users alike.

Reverse osmosis membranes work by applying pressure to the salty feed solution on one side. The minerals stay there while the water passes through. Although more efficient than non-membrane desalination processes, it still takes a large amount of energy, the researchers said, and improving the efficiency of the membranes could reduce that burden.

"Fresh water management is becoming a crucial challenge throughout the world," said Enrique Gomez, a professor of chemical engineering at Penn State who co-led the research. "Shortages, droughts -- with increasing severe weather patterns, it is expected this problem will become even more significant. It's critically important to have clean water availability, especially in low-resource areas."

The National Science Foundation and DuPont, which makes numerous desalination products, funded the research. The seeds were planted when DuPont researchers found that thicker membranes were actually proving to be more permeable. This came as a surprise because the conventional knowledge was that thickness reduces how much water could flow through the membranes.

The team connected with Dow Water Solutions, which is now a part of DuPont, in 2015 at a "water summit" Kumar organized, and they were eager to solve this mystery. The research team, which also includes researchers from Iowa State University, developed 3D reconstructions of the nanoscale membrane structure using state-of-the-art electron microscopes at the Materials Characterization Lab of Penn State. They modeled the path water takes through these membranes to predict how efficiently water could be cleaned based on structure. Greg Foss of the Texas Advanced Computing Center helped visualize these simulations, and most of the calculations were performed on Stampede2, TACC's supercomputer.