China Overtook US as World's Biggest Movie Box Office in 2020 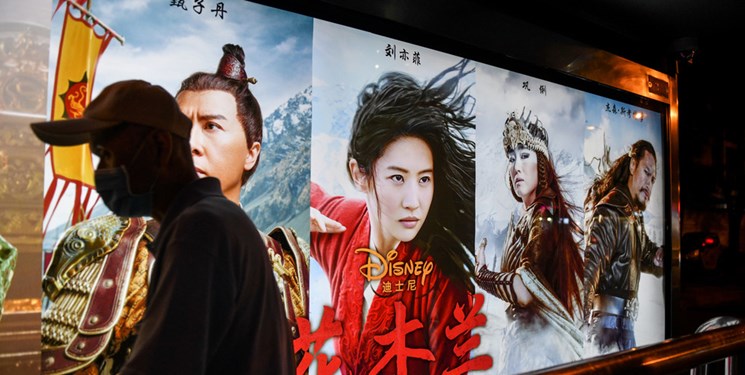 TEHRAN (FNA)- Chinese movie ticket sales surpassed those of the US last year, as the global cinema industry struggled to stay afloat amid coronavirus restrictions, but the trend began even before the pandemic hit and might be here to stay.

Box office revenues in China were not spared from the COVID-19 crisis, as the country was the first to impose lockdowns to contain the spread of the fatal virus.

The usually busy weekend before Christmas saw ticket sales falling by 30 percent from a year ago, to around $71.5 million.

This brought the total box office for the year to 20 billion yuan ($3.06 billion), according to the South China Morning Post, citing data from online ticketing platform Maoyan Entertainment.

With the worst of the health crisis seemingly over for China, the slump in sales was much less severe than in the US, where figures dropped by around 80 percent year-on-year. According to estimates from data firm Comscore, North American ticket sales plunged to an almost 40-year low, finishing the year at less than $2.3 billion.

The gap of over $700 million has allowed China to firm its position as the world's biggest film box office in annual terms for the first time. Such an outcome was widely expected, as China left the US behind in October amid the fast reopening of its economy. This year it released several domestically produced films, which accounted for the bulk of box office revenues, while Hollywood postponed its most-anticipated premieres due to the pandemic.

However, China had already been challenging global American box office leadership even before the coronavirus outbreak forced movie-lovers to switch to online services due to stay-at-home orders. China surpassed the US in box office revenue for the first time in the initial quarter of 2018, but total sales that year were still lagging behind. In May 2019, analysts from PwC predicted that China would become the largest cinema market in the world by 2020 and continue to further expand, with ticket sales revenue expected to hit $15.5 billion by 2023.

He added that what we see in the movie market is just a reflection of the shift in the global economy, with China expected to outpace the US as the world’s largest economy in a few years.