IRGC Commander: Iran to Give Reciprocal, Crushing Response to Any Move by Enemies 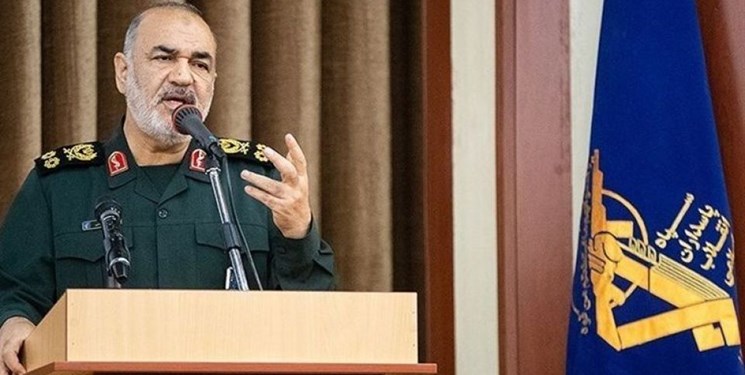 “We have shown both in words and action that we will respond to any action by the enemy against us with a reciprocal, decisive and strong blow, and it has been proven many times that we do not ignore or leave any threat or aggression by enemies unanswered,” General Salami said, visiting the military units, systems and equipment on Abu Musa island in the Persian Gulf on Saturday.

“The IRGC Navy, specially in recent years, has achieved extraordinary capabilities and achievements, and what we are witnessing today is part of the IRGC's power and might at sea,” he added.

General Salami underlined that the IRGC Navy is in possession of different types of subsurface and surface vessels, smart mines, smart bombs with the capability of being mounted on drones and fighter jets, a new generation of VTOL drones with the ability to conduct operations in different ranges and various types of missiles and missile-launchers.

The nuclear-capable bombers flew nonstop from Minot Air Force Base in North Dakota and headed home after a show of force over the Western side of the Persian Gulf on Wednesday, the AP reported.