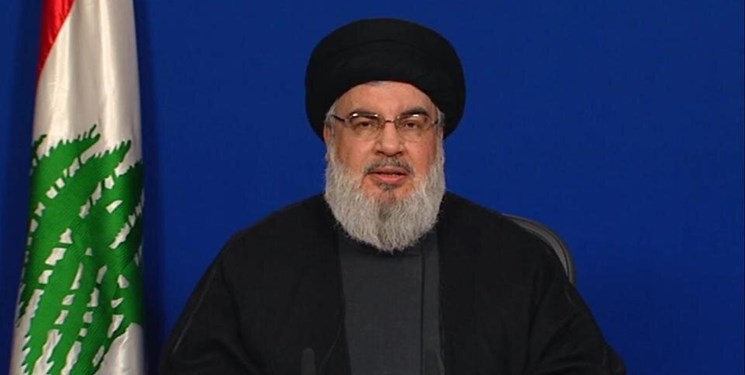 TEHRAN (FNA)- Since the Pentagon assassinated Iran’s popular anti-terror commander Lieutenant General Qassem Soleimani and his companions in January 2020, there have been growing calls for the expulsion of US forces from the region, and this is only one of the repercussions of the cowardly act of terror, Secretary General of Lebanon’s Resistance Movement Hezbollah Seyed Hassan Nasrallah said.

"One of the main outcomes of the assassination of General Suleimani and [deputy commander of Iraq's Popular Mobilization Units Abu Mahdi] al-Muhandis is the calls made for the expulsion of US forces from the region," Nasrallah stated Sunday in a speech delivered live from Beirut on the first anniversary of the assassination, which was authorized by President Donald Trump, presstv reported.

“Such calls had not been made prior to the assassination. The martyrdom of the resistance leaders set US troops on the track of leaving Iraq,” the Hezbollah leader added.

Abu Mahdi al-Muhandis was accompanying General Soleimani on the night of their martyrdom.

The Hezbollah leader said General Soleimani was a hero and an international icon of sacrifice, loyalty and defending the oppressed.

Nasrallah then addressed the United States, the Israeli regime and all those conspiring against the resistance front, noting, “When you assassinate our leaders, we get more determined and strong-minded to assert our rights.”

“Those thinking of weakening us through killings, wars and car bomb attacks are delusional. The US believed it could weaken Iran and the axis of resistance by assassinating Qassem Soleimani, but we are the ones who know how to turn threats into opportunities,” he continued.

Tensions are high in the region, he added, and there are major concerns among Persian Gulf states. The Tel Aviv regime is high on alert for possible Iranian retaliation on the anniversary of the assassination.

“The resistance front will be always respecting and glorifying its martyrs. Iran will take military revenge by itself. It has strength and capability as well as power to defend and does not need any proxies. The friends of Iran will take their own decisions if they want to respond to this crime,” Nasrallah stressed.

The Hezbollah leader blamed Washington and the US-led North Atlantic Treaty Organization (NATO) for the creation of the Daesh (ISIL or ISIS) Takfiri terrorist group, stating that their main reason was to fight the resistance front.

He also criticized some Lebanese media outlets for distorting latest remarks by Brigadier General Amir Ali Hajizadeh, the commander of the Aerospace Division of Iran’s Islamic Revolution Guards Corps (IRGC), saying, “Lebanon and the Gaza Strip are naturally at the frontlines of the Muslim world due to their geographical proximity to the Zionist entity.”

The Hezbollah secretary general added Iran’s support for the resistance movement and Palestinian groups has been unconditional, and the Islamic Republic has never stopped backing Lebanon; even during the 1980-1988 Iraqi imposed war.

Nasrallah dismissed Slovenia’s recent decision to designate Hezbollah a 'terrorist' organization, terming such moves as part of a psychological war aimed at frightening ordinary Lebanese people of the resistance movement.

“We have Allah (God) by our side. Whatever you do is doomed to failure, because those who depend on Allah will emerge victorious. Victory is not but from Allah,” he noted.