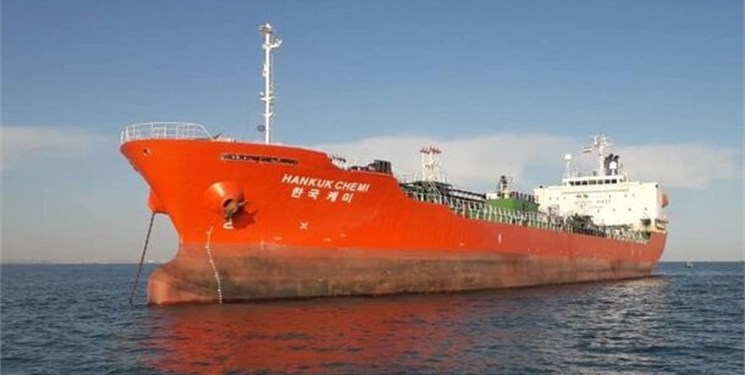 TEHRAN (FNA)- A South Korean tanker, which was impounded in the Persian Gulf waters on Monday, must be held accountable for environmental damage it has inflicted on the Persian Gulf, an official with the Ports and Marine Organization of Iran said.

“The Korean ship [Hankuk Chemi] has been seized for repeated violations of environmental laws, and it must pay compensation for the damage to the environment,” Chairman of the Shipping Association of Iran Masoud Polmeh said on Tuesday.

On Monday, the Islamic Revolution Guards Corps (IRGC) announced that it had stopped a South Korean-flagged ship for environmental pollution in the Persian Gulf, adding that the ship has been taken to a port in Southern Iran.

Later on Monday, Iranian Foreign Ministry Spokesman Saeed Khatibzadeh announced that the seizure of the South Korean tanker by Iran has taken place only due to technical issues.

"According to initial reports from local authorities, the matter is purely technical, and the ship was taken ashore under a judicial order for conducting investigations due to its pollution of the sea," Khatibzadeh said.

"The Islamic Republic of Iran, like other countries, is sensitive to similar violations, especially pollution of the marine environment, so it deals with it within the framework of the law," he added.

Khatibzadeh pointed out that it is not an exceptional case and similar cases have occurred before in Iran and other countries.