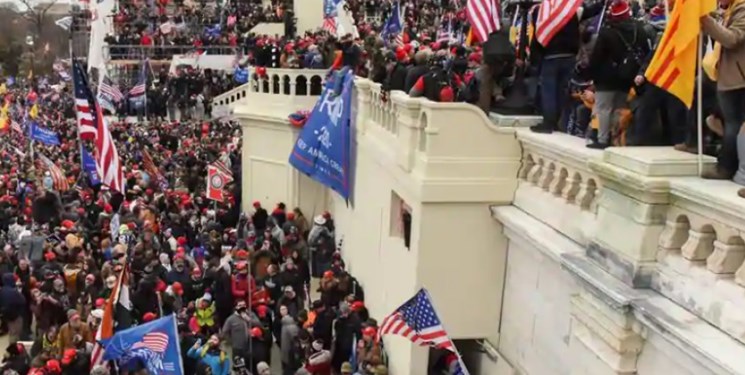 Amir-Abdollahian wrote on his Twitter account on Thursday that the recent events in the US which led to the occupation of the Capitol Hill have shown the end of liberal democracy.

He added that the President-elect Joe Biden might be able to just retouch the various destroyed aspects of the US society rather than curing them.

Late on Wednesday, Trump protesters stormed the US Capitol building, destroying property and seizing the rotunda room, as Congress was trying to certify the results of Democrat Joe Biden's presidential victory.

According to the latest tally, at least four people have died and 52 arrested in the wake of violence in the Congress.

In relevant remarks on Thursday, Iranian President Hassan Rouhani underlined that the recent violence in the US on Wednesday night demonstrated that the Western democracy is a total failure.

"What we saw in the United States last night showed annihilation of Western democracy in the world," the Iranian president said on Thursday addressing a ceremony held to inaugurate several national macro projects and innovation factories.

"Everyone saw what a populist did to his country and damaged his country's reputation in the international arena," he added.