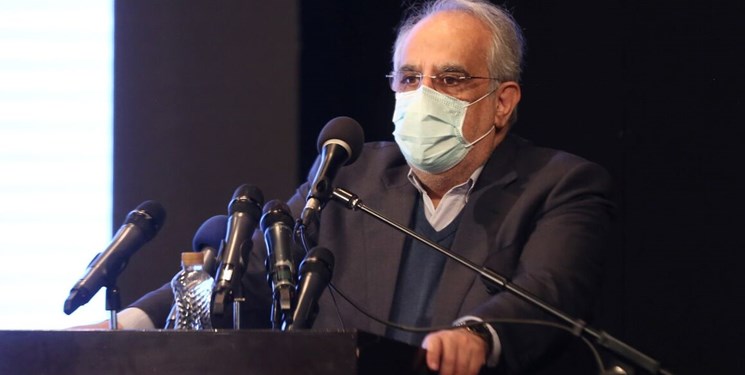 TEHRAN (FNA)- The CEO of the National Iranian Oil Company said NIOC was planning to issue Rls. 20,000 bn worth of bonds to finance projects aimed at production enhancement and maintenance of oil fields in Iran.

Addressing a ceremony to sign contracts for production enhancement and maintenance of NIOC on Monday, Masoud Karbasian said the project was put on the agenda by Iranian Minister of Petroleum Bijan Zangeneh and was endorsed by the Economic Council back in 2018.

Afterwards, 10 contracts were signed in the same year to be followed by 13 others. This time, 8 more contracts have been signed with a total value of $1.2 billion and with the aim of enhancing production by 95,000 b/d.

He estimated the total value of the contracts awarded in these 31 projects at $3.7 billion.

The CEO of the National Iranian Oil Company, referring to the average of 30% progress of 10 contracts in the first phase of the maintenance and enhancement of oil production, said: "The progress of projects is closely monitored through NIOC’s project management system.”

Karbasian stated that another advantage of this plan is the maximum share of domestic manufacturing, and added: "By implementing the localization plan of 10 groups of widely-used oil items, which started off in the Iranian Ministry of Petroleum back in 2014, it is possible to tap the potentialities of Iranian manufacturers in three parts: wellhead equipment, downhole equipment and seamless pipes."

He said the share of domestic production in the plan to maintain and enhance oil production is 72%, and said this share is expected to reach more than 80% by the end of the contracts.

According to the official, 18 drilling rigs are currently active in the plan, which will increase to 55 rigs with the activation of all 33 contract packages.

Karbasian said the allocation of 4% of the contracts’ value to fulfill social responsibilities is another benefit of this national plan.