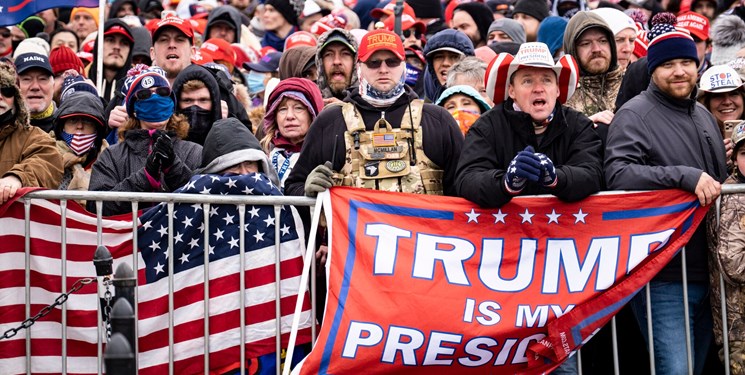 TEHRAN (FNA)- Twitter on Monday evening announced that is has suspended more than 70,000 accounts associated with the far-right QAnon conspiracy theory.

“These accounts were engaged in sharing harmful QAnon-associated content at scale and were primarily dedicated to the propagation of this conspiracy theory across the service,” the company said in a blog post, CNBC reported.

The suspensions come after the company on Friday said that it would permanently remove accounts sharing QAnon content.

The company on Friday suspended the accounts of Michael Flynn and Sidney Powell, supporters of President Donald Trump.

The company’s shares closed down more than 6% on Monday. It was the first trading session since Twitter permanently suspended President Donald Trump’s account.

Twitter’s announcement comes as social media companies step up their efforts to rid their services of content that could lead to violence like the events of the insurgency at the US Capitol.

Earlier on Monday Facebook said that it would remove content containing the phrase “stop the steal” from its services in the lead-up to President-elect Joe Biden’s inauguration on January 20.