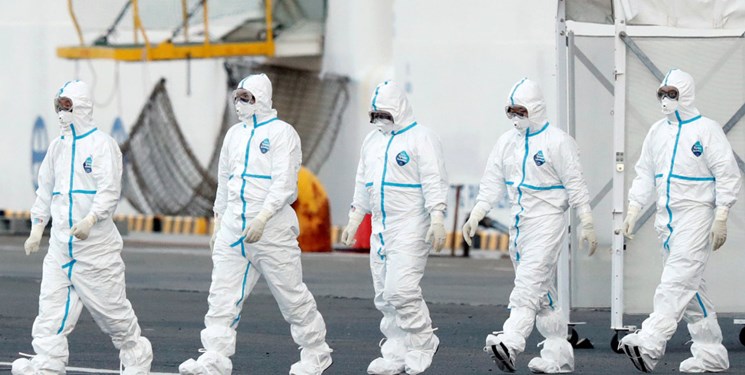 TEHRAN (FNA)- China recorded the highest one-day case total in more than five months, according to the National Health Commission, with three cities in lockdown in a bid to prevent another wave of infections in the world’s second-biggest economy.

Most of the new patients recorded in Tuesday’s figures were near the capital, Beijing, but a province in North-East China also saw a rise in new cases, official data released on Wednesday showed, The Guardian reported.

The National Health Commission said in a statement that 115 new confirmed cases were reported in the mainland for January 12, compared with 55 a day earlier. This was also the highest daily increase since July 30. Sunday also saw a high number of cases, with 103 new cases.

The commission said 107 of the new cases were local infections. Hebei, the province that surrounds Beijing, accounted for 90 of the cases, while North-Eastern Heilongjiang province reported 16 new cases.

Hebei has put three cities – Shijiazhuang, Xingtai and Langfang – into lockdown as part of the efforts to keep the virus from spreading further, while Beijing city authorities have stepped up screening and prevention measures to prevent another cluster developing.

The number of daily new asymptomatic cases, which China does not classify as confirmed cases, fell from 81 cases to 38.

The total number of confirmed COVID-19 cases in mainland China now stands at 87,706, while the death toll remained unchanged at 4,634.

The number of new cases reported in recent days remains a fraction of what China saw at the height of the outbreak in early 2020. The case rise comes as a team assembled by the World Health Organization to investigate the origins of the virus prepares to arrive in Wuhan, the city at the heart of the global outbreak.

China’s Foreign Ministry confirmed on Tuesday afternoon that the team would fly directly to Wuhan. Spokesperson Zhao Lijian didn’t answer questions about whether the team would quarantine, and gave no further details.

The WHO delegation of scientists tasked to research the origins of the virus are expected to arrive in China on Thursday.

The research mission is a priority for the WHO, and has widespread international backing, however observers have urged people to manage expectations about the team coming to any conclusions on the trip, and researchers have said the mission is not about apportioning blame.

“This is about reducing the risk. And the media can help by avoiding Trump-style finger-pointing. Our job is not political,” said Fabian Leendertz, a professor in the epidemiology of highly pathogenic microorganisms at Germany’s public health body, and part of the team.