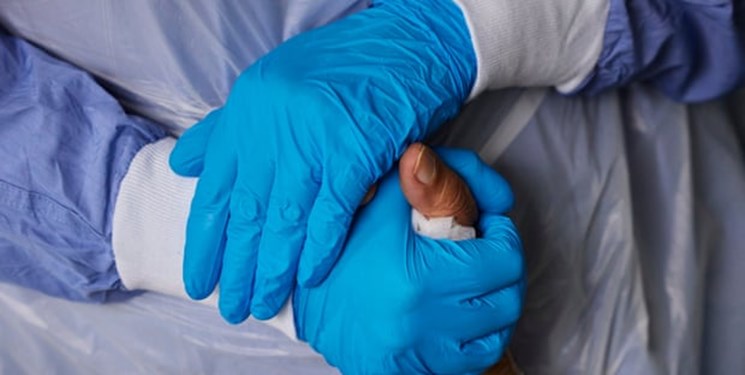 The findings, based on responses from 709 doctors, nurses and other clinical roles across six NHS hospitals in England, date from June and July 2020, after the height of the first wave of the coronavirus pandemic, The Guardian reported.

About 45%reported symptoms consistent with a probable diagnosis of PTSD, severe depression and anxiety.

There are now 50% more coronavirus patients in UK hospitals than in April, with Prof Chris Whitty saying this week that the health service faces its worst month of the pandemic.

More than one in seven clinicians and nearly one in five nurses working in ICU reported thoughts of self-harm or suicide, according to the study, published in the journal Occupational Medicine.

“We were expecting to find the elevated rates of mental ill health because of the current pandemic – we weren’t expecting to find such high rates,” stated lead researcher Neil Greenberg, professor of defence mental health at King’s College London.

While the data is preliminary, NHS staff are suffering and the crisis is likely affecting their ability to deliver the best quality care, Greenberg added.

About 40% of staff had probable symptoms of PTSD, the researchers found. By comparison, a 2015 study indicated an 8% rate of probable PTSD among staff working with adults, rising to 17% among those working with children. Rates of probable PTSD in the general public in England were estimated to be about 4% before the pandemic.

Meanwhile, PTSD prevalence in UK military personnel is estimated to be more than 6%, rising to 17% in recent veterans.

“The fact that NHS staff appear to be suffering more than combat troops is quite worrying,” noted Greenberg, who served in the armed forces for more than 23 years and has been deployed as a psychiatrist and researcher to hostile environments including Afghanistan and Iraq.

Apart from the general stress of working in an ICU and the added stress of the consistent stream of patients driven by COVID-19, Greenberg suggested “moral injuries” could be a contributing factor.

NHS staff want to deliver the best care possible –but if they are faced with ethically challenging situations and cannot deliver that level of care, it can be extremely distressing, he said.

Despite the findings, Greenberg emphasised that more than half of the survey respondents did not report severe problems.

“Over half of the people – in spite of all the pressures of COVID – were getting on okay, so that’s that’s very reassuring. It’s quite a resilient workforce,” he added.

Paul Harrison, a professor of psychiatry at the University of Oxford who was not involved in the study, noted he was not surprised that a high proportion of people working in ICU were reporting levels of distress.

“I think this is probably just putting some numbers on what we all might have thought was going on … this is clearly a non-trivial percentage,” he continued, with the caveat that NHS staff with problems may have been more motivated to respond to the survey.

“Because these are self-reported answers, it will also be interesting to see how many of these people met the criteria for the diagnosis if they’re interviewed by a clinician,” he added.

Kavita Vedhara, a professor of health psychology at the University of Nottingham who studied the mental health of key workers in April 2020, said that the levels of anxiety and depression seen in this analysis of ICU staff seemed in line with levels reported by health and social care workers.