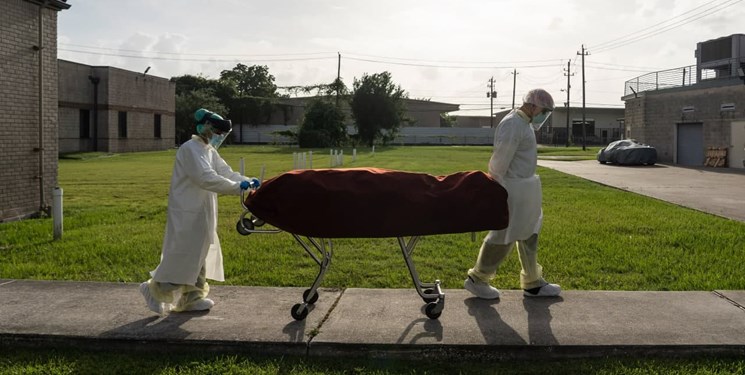 TEHRAN (FNA)- Dr. Anthony Fauci stated it is a "possibility" that a homegrown variant of the coronavirus is fueling a spike in cases across the US.

The nation's top infectious disease expert noted the rise in cases in America looks similar to the rise in the UK, where the new strain was first detected

"It could be - a possibility - that we have our own mutant that's being more easily transmissible," Fauci, director of the National Institute of Allergy and Infectious Diseases, told The Washington Post.

"We don't know. We're looking for it...If you look at the slope of our curve, which is very steep, it looks a bit like the curve in the UK," he added.

Cases have been rising in the UK as London Mayor Sadiq Khan revealed one in 30 Londoners now has COVID-19. He's also demanded that researchers ramp up their search for new variants as soon as possible.

It comes as the Centers for Disease Control and Prevention (CDC) says it has found no evidence of a new American strain, and health experts say the exponential rise in cases could be due to other reasons.

"Based on scientific understanding of viruses, it is highly likely there are many variants evolving simultaneously across the globe," a spokesman told CNN in a statement.

According to officials, the idea was first floated by Dr. Deborah Birx, the coordinator of the White House Coronavirus Task Force. She discussed the current surge that is nearly twice the rate of infections seen in the spring and summer and wrote the remarks during a weekly report sent to state governors.

Birx speculated the increase in cases could be because a new, more infectious variant of the virus is circulating - in the same way that Britain has been shaken by the new B.1.1.7 strain

"This fall/winter surge has been at nearly twice the rate of rise of cases as the spring and summer surges," the report read.

"This acceleration suggests there may be a USA variant that has evolved here, in addition to the UK variant that is already spreading in our communities and may be 50% more transmissible," it said, adding, "Aggressive mitigation must be used to match a more aggressive virus."

It is not immediately clear why the US issued a statement about a potential new strain in a report to governors.

Despite the lack of evidence, health experts cannot rule out the possibility of a new mutation - especially with the US hitting a new seven-day rolling average record for cases at 247,503 on Tuesday.

While there may be other factors fueling the rise, such as household gatherings and colder temperatures, some states do not have the ability to conduct genome sequencing.

This means the US cannot adequately detect and trace outbreaks that may be linked to a randomly mutated virus.

In the US, the UK strain - B 1.1.7. - has infected at least 82 people in 10 states, according to a Daily Mail analysis of state and federal data. However, there are likely many more unreported or undetected cases.