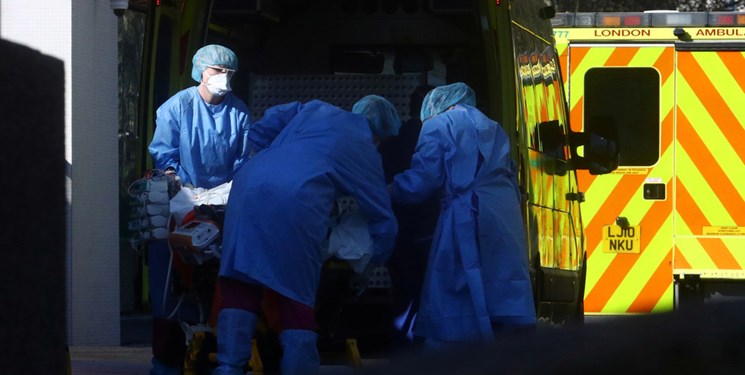 TEHRAN (FNA)- Another 1,564 coronavirus deaths have been reported in the UK - the highest daily figure since the virus pandemic began following the late addition of some data going as far back as May.

The previous highest increase was 1,325, which was reported on January 8, Sky News reported.

Another 47,525 cases have also been added to the government's coronavirus data dashboard - the third day running that new infections have been below 50,000. That total is now 3,211,576.

While the majority of the latest fatalities reported took place during the past week, some date back to May 8, 2020, when the very first national lockdown was still in place.

Ahead of the update to the UK-wide figures, NHS England confirmed that another 1,012 people who tested positive for COVID-19 had died in hospital, bringing that total to 57,828.

Patients were aged between 39 and 102 and all except 46 (aged 39 to 98) had known underlying health conditions.

London had the most reported deaths at 202, which Mayor Sadiq Khan later confirmed had taken the capital's total number of coronavirus deaths past 10,000.

Scottish First Minister Nicola Sturgeon announced there had been 79 deaths recorded in the last 24 hours. Wales has reported another 66 deaths, and Northern Ireland another 19.

Public Health England medical director Yvonne Doyle stated there had now been more COVID deaths across the UK during the second wave than the first last spring.

"With each passing day, more and more people are tragically losing their lives to this terrible virus, and today we have reported the highest number of deaths on a single day since the pandemic began," she added.

"There have now been more deaths in the second wave than the first," she continued, noting, "About one in three people with COVID-19 don't show symptoms but can still pass it on to others, so it is essential we stay at home, minimise contact with other people, and act as if you have the virus."

Johns Hopkins University, which is tracking the pandemic worldwide, reports the UK has more COVID deaths than any other country in Europe.

It is fifth overall, behind the US, Brazil, India and Mexico.

The number of people in hospital continues to rise in all four home nations, and in Wales the total is now more than double the peak of the first wave.

Dr. Andrew Goodall, chief executive of the NHS in Wales, said there were now around 2,870 COVID-related patients being treated, meaning "difficult choices" would have to be made about the range of services delivered.

Hospitals in England also remain under huge pressure, although the Prime Minister, Boris Johnson, noted during PMQs earlier that the country's third national lockdown was "starting to show signs of some effect".

But he didn't rule out toughening up the restrictions further - and police are in talks with ministers about tightening the much-discussed rules on exercise.

Sturgeon has already announced new measures for Scotland, including limiting click-and-collect services to essential shopping only.

Johnson also told MPs that the NHS will launch a round-the-clock vaccination service as soon as possible.

He added that the process of protecting people from coronavirus is already going "exceptionally fast" - but "at the moment the limit is on supply" of the vaccine.

More than 2.6 million people have received their first dose up to and including January 12.