NYC Axes All Contracts with Trump 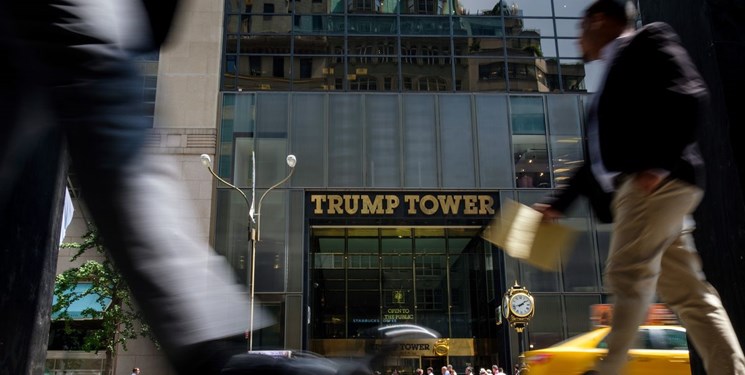 “The contracts make very clear that if the company and the leadership of that company is engaged in illegal activity, we have a right to sever the contract,” de Blasio said.

In a follow-up statement, the mayor's office stated, “The City of New York will not be associated with those unforgivable acts in any shape, way or form, and we are immediately taking steps to terminate all Trump Organization contracts.”

The contracts are for Central Park's Wollman and Lasker ice skating rinks and famed carousel — all of which the Trump Organization has run since the 1980s — and the Trump Golf Links golf course at Ferry Point in the Bronx, which it has run since 2015.

“Yet another example of Mayor de Blasio’s blatant disregard for the facts," Eric Trump, executive vice president of the Trump Organization and the president's son, said in a statement to NBC News.

"The City of New York has no legal right to end our contracts and if they elect to proceed, they will owe The Trump Organization over $30 million dollars. This is nothing more than political discrimination, an attempt to infringe on the first amendment and we plan to fight vigorously,” he added.

The mayor’s office announced the contracts will be canceled according to their termination clauses. The Central Park concessions will end within a month after the notice is delivered, while the golf course will take “a number of months” to unwind, the mayor’s office added.

On Sunday, the Professional Golfers' Association of America pulled the 2022 PGA Championship, one of pro golf's most important tournaments, from the president's golf course in Bedminster, New Jersey, days after his supporters stormed the US Capitol.

“This is a breach of a binding contract, and they have no right to terminate the agreement,” the Trump Organization said in a statement Sunday, noting, "We have had a beautiful partnership with the PGA of America and are incredibly disappointed with their decision.”

The Ferry Point contract contained a proviso that mandated that the course would attract championship events, but the PGA's cancellation likely casts doubt on whether he can fulfill that obligation.

The president won loyalty from corporate leaders who were willing to look the other way while he ushered in the largest corporate tax cut break in history, business allies close to Trump told NBC News. Wall Street rewarded that allegiance with euphoric growth, while Main Street stumbled.

But the inescapable images and arrests of Capitol breachers and hardcore, anti-Semitic and white nationalist supporters have pushed some of Trump's diehard boosters to sever ties.

Just two weeks ago, Trump was considered the Republican Party's “kingmaker” whose influence would loom for the foreseeable future. But last Wednesday, everything changed.

Some of Trump’s prominent business supporters have begun forcefully backing away from the president.

"I feel betrayed. OK?" billionaire businessman Ken Langone, co-founder of Home Depot and a major GOP donor, told CNBC on Wednesday morning, adding, “Last Wednesday, if it doesn't break every American's heart, something's wrong. I didn't sign up for that."

"I’m going to do everything I can from Day One to make sure I do my part to make Joe Biden the most successful president in the history of this country,” Langone continued.

Stephen Schwarzman, the billionaire CEO of Blackstone and one of Trump's biggest donors in the financial sector, has also thrown his support behind Biden. After the Capitol riot on January 6, Schwarzman stated he was "shocked and horrified by this mob’s attempt to undermine our constitution. As I said in November, the outcome of the election is very clear and there must be a peaceful transition of power.”

Close Trump business allies told NBC News that the shift away from the president is real and unlike anything seen in his history.

Now they’re worried what the increasingly cornered and desperate Trump might do in his remaining days in office.

The implosion of support represents the self-inflicted diminishment of the Trump brand from an imprimatur of glitz, luxury and excess to a piece of hard-flint political extremism, and will severely undermine his ability to capitalize on his name in the traditional business sense after he departs the White House.

Leisure and hospitality, already pummeled by the pandemic, are unlikely to be profitable avenues for the president, except to a niche audience.

Mainstream stores are unlikely to welcome his daughter Ivanka’s shuttered clothing line back onto their shelves after she hailed rioters as “patriots”.

Trump's ability to raise money could now be reduced to leveraging his claims of election fraud — but even here, some donors are suing to get their money back and payment processors are severing ties. Potential foreign backers for Trump, his son-in-law, Jared Kushner, and extended family may be wary of tainted ties and diminished access.

Meanwhile, the business backlash against the president for his role in the deadly attacks on the Capitol continues to grow.

After Deutsche Bank and Signature Bank, two of Trump's preferred lenders, announced they would no longer do business with the president, Professional Bank, a lending entity based in Florida that has lent Trump’s company millions of dollars, said on Tuesday that it, too, was cutting ties.

“Professional Bank has decided not to engage in any further business with the Trump Organization and its affiliates, and will be winding down the relationship,” Todd Templin, a public relations representative for the company, told NBC News in an emailed statement.

Cushman & Wakefield, one of the country's largest real estate service firms, announced it would no longer do business with the Trump Organization, a company spokesperson told NBC News in an email. The company previously handled leases at some of Trump’s premier properties, including Trump Tower.

Trump also has a 60-year lease from the Government Services Administration to operate the Old Post Office in Washington as the Trump International Hotel, where it has become a go-to watering hole for internationals and those seeking to curry favor with the administration, booking expensive rooms for long stays and holding events.

Despite a clause saying the lease could not benefit an elected official, the GSA, which Trump oversees, has stated its boss is in compliance because he was a civilian when he signed the contract. The GSA has blocked Democrats’ attempts to investigate the terms.

“The US government never has to do business with firms that lack business ethics and integrity, or have been indicted,” he added.

The 436 acres of Donald J. Trump State Park, a few miles North of New York City, was donated by Trump to the state after he was unable to get development approval to turn it into a golf course. It contains the crumbling blocks of a former mansion of William D. Baldwin, a Gilded Age elevator magnate.

New York Gov. Andrew Cuomo’s office did not respond to an NBC News inquiry regarding the park’s future.