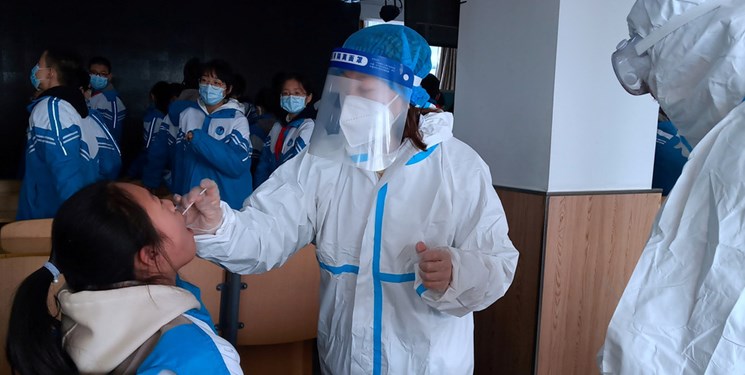 TEHRAN (FNA)- China on Thursday reported its first death from COVID-19 in eight months as the country battles to contain a resurgence in cases – the most in 10 months – and an expert team from the World Health Organization (WHO) arrived in Wuhan at the start of a long-awaited investigation into the origins of the virus.

More than 20 million people are under lockdown in the North of the country and one province has declared an emergency, as daily coronavirus numbers climb, Al-Jazeera reported.

China had largely brought the virus outbreak under control through a series of strict lockdowns and mass testing. But a further 138 infections were reported by the National Health Commission on Thursday – the most in a single day since March last year.

Health authorities have no details about the latest death, except that it occurred in Hebei, the province surrounding Beijing where the government has imposed a lockdown on several cities.

According to the state-run Xinhua news agency, at least 885 patients are currently receiving treatment nationwide, with 24 of them in a severe condition.

A total of 82,324 patients had been discharged, while 4,635 have died, Xinhua quoted China’s National Health Commission as saying since the outbreak began.

She added that the latest death and resurgence of cases had come as a “shock” to many, as normal life “seemed to have resumed” for the past few months.

Neighbouring Xingtai, home to seven million people, has also been locked down since last Friday, as have the five million people of Langfang city.

In a sign of infections spreading, Northeastern Heilongjiang declared an “emergency state” on Wednesday, telling its 37.5 million residents not to leave the province unless absolutely necessary and cancelled public gatherings.

Until Thursday, no new deaths have been officially reported in mainland China since May last year.

The latest death comes as China prepares for a politically sensitive investigation into the origins of the pandemic by a panel of WHO experts.

The 10-strong team arrived on Thursday in Wuhan, the Central Chinese city where the virus was first detected in late 2019.

Peter Ben Embarek, team lead for the mission, said the group would start with a two-week quarantine at a hotel due to China’s border requirements.

“And then after the two weeks, we would be able to move around and meet our Chinese counterparts in person and go to the different sites that we will want to visit,” he added.

“The idea is to advance a number of studies that were already designed and decided upon some months ago to get us a better understanding of what happened,” he continued.