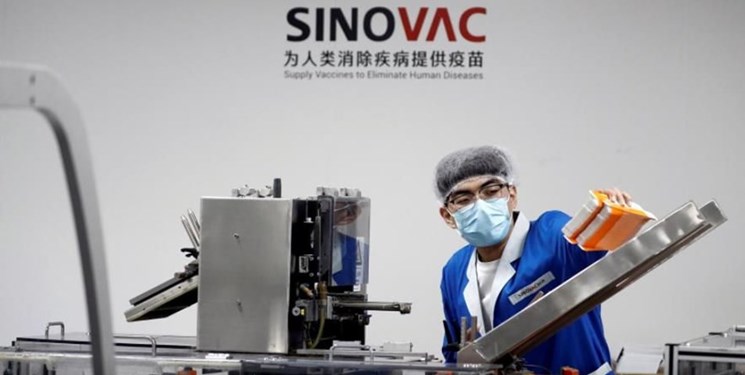 TEHRAN (FNA)- The chairman of Chinese vaccine maker Sinovac insisted that the company’s Brazilian partners were incorrect to suggest its jab is only 50 percent effective against COVID-19 after stage-three trials.

Speaking on Wednesday, the chairman of Sinovac, Yin Weidong, stated that its CoronaVac jab was 100-percent effective in preventing severe COVID-19 cases, as he sought to correct researchers involved in the Brazilian trial, RT reported.

“This [Brazilian] data shows that the vaccines have good efficacy and safety in all the phase-3 clinical trials,” Yin continued, adding, “We have accelerated the ramping up of production capacity.”

Yin’s remarks are Sinovac’s first public response after its Brazilian partner, the Butantan Institute, published trial data suggesting the vaccine was only 50.4 percent effective against the virus. The figure is substantially lower than other vaccines and would barely pass the thresholds set by most regulators.

Both the World Health Organization (WHO) and the Chinese government recommend that a vaccine should be 70-percent effective if it is to be rolled out.

The Sinovac chairman added that trial data from Turkey and Indonesia showed an efficacy rate of 91 percent and 65 percent respectively.

A total of 24,400 participants have been enrolled in trials in Turkey, Brazil and Indonesia.

Yin noted that Sinovac would be submitting the trial data to the Chinese regulator.

The Sinovac jab is considered one of the most advanced vaccines in the world. According to Yin, seven million doses have been supplied to provinces in China and it would supply a million doses to Hong Kong.

Another Chinese vaccine, produced by Sinopharm, has shown greater efficacy during trials, at 86 percent, but has been marred by safety concerns. The jab has already been approved in China, United Arab Emirates, Bahrain and Egypt.