US: Survey Finds Latinos, Blacks Pay Over Twice as Much in Bank Fees 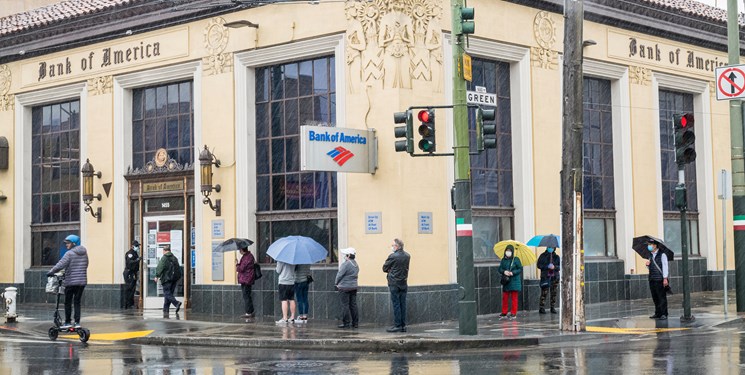 TEHRAN (FNA)- People of color are paying more than twice the amount in banking fees than white Americans, a Bankrate survey found.

When asked about fees such as ATM, overdraft and routine service charges, Latinos are paying $14 a month on average for checking accounts at banks or credit unions, while Black adults report shelling out about $12 a month. White checking account holders said they are paying an average $5 per month, according to the survey, which was conducted by YouGov, NBC News reported.

Whites were also more likely to have no-fee accounts, with 79 percent responding they paid no fees. In comparison, 56 percent of Blacks and 50 percent of Latinos had no monthly fees.

Americans who saw their income negatively impacted by the coronavirus pandemic also reported paying more in fees than those who weren’t financially hit by the crisis. Those who had a setback had a monthly average of $11 in fees, compared to less than $3 a month for those not impacted, the survey found.

“There has been very much an exacerbation of wealth and income inequality during this time,” said Bankrate senior economic analyst Mark Hamrick, adding, “More than any other downturn that we are aware of in our history, this has really been a reflection of a have and have-not economy.”

When it comes to routine services charges, many banks require a minimum balance to avoid the fee. On average, customers need to have about $594 in their account to waive the fee, an October 2020 study from Bankrate found.

Availability of ATMs also matter. If you use one outside of your bank’s network, you’ll be slapped with a surcharge from the ATM owner, plus a fee from your bank. The surcharges, on average, cost non-customers $3.08, on average, and your bank will charge you an average of $1.56 to use someone else’s ATM, Bankrate found.

Those who overdraw their account face an average fee of $33.47.

For communities of color, the disparity in bank fees are indicative of the inequality they have faced for years, suggested John Holdsclaw IV, board chair of the Coalition of Community Development Financial Institutions. CDFIs are credit unions, banks, microloan funds or venture capital providers that provide low-income communities access to financial services.

The wealth gap is glaring, as evidenced by the Federal Reserve’s 2019 Survey of Consumer Finances, released in September 2020. The median wealth for a White family was $188,200, compared to $24,100 for Black families and $36,100 for Hispanic families.

The additional banking fees “just make the problem worse and take a deeper toll on Black and brown and minority families throughout the country,” Holdsclaw said.

He believes that in many situations, higher bank fees may be geographically focused in areas with higher Black, brown and moderate-income communities.

“It just creates a perfect storm,” Holdsclaw stated, adding, “The perfect storm is on the backs of these minorities’ communities and minority families who have their accounts at these financial institutions.”

It pays to shop around to lower your fees, Hamrick continued.

Look not only at traditional banks, but credit unions and online institutions. Digital technology opens up options beyond what is physically nearby.

“Shopping around for the best banking services fit might not have the same level of excitement associated with it as, say, buying a new outfit, electronic device or car,” he said, adding, “But failing to do it can make the difference between achieving our financial goals, or not.”

The best way to avoid ATM fees is to use one in your bank’s network. Credit unions and smaller banks tend to have networks of more ATMs available to customers at no fee, according to Bankrate. Online banks may also have national networks that can boost the number of ATMs available to you without a fee. Some also offer a refund for the out-of-network providers’ charges.

If you still can’t find a no-fee ATM, consider getting cash back when you use your debit card to make a purchase.

CDFIs are a good option for minority communities, Holdsclaw stated. There are more than 1,100 across the country, with a total of $211 billion in assets. Some are banks and others are credit unions.

While fees will vary from institution to institution, they are generally not going to be large, he added.

“It is built into the missions of these financial institutions that they are not going to charge enormous fees to people who are already in a low or moderate income community,” Holdsclaw noted.