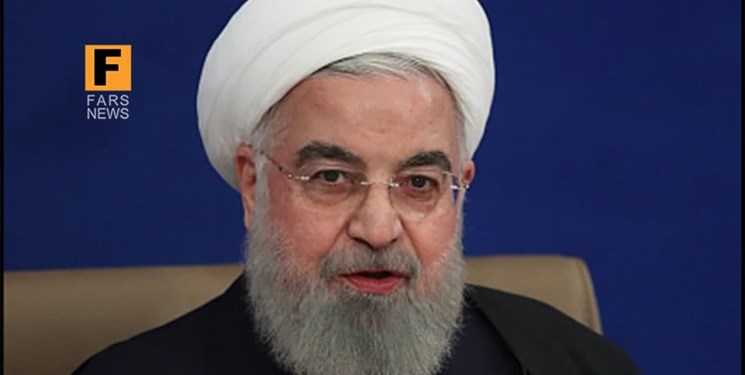 TEHRAN (FNA)- Iranian President Hassan Rouhani voiced pleasure with the end of outgoing US President Donald Trump’s tenure, saying that the new administration in the White House should take the opportunity to implement all Washington’s nuclear deal undertakings.

“Today, thanks God, Trump's black page will be closed forever, and we say thanks God when any oppressor is overthrown,” Rouhani said, addressing a cabinet meeting in Tehran on Wednesday.

In relevant remarks on Monday, Iranian Envoy and Permanent Representative to the UN Majid Takht Ravanchi underlined that if Biden decides to return to the nuclear deal, Washington should comply with all its undertakings in exact accordance with the internationally-endorsed agreement.

“Based on the latest news I have, they (the Iranian scientists at nuclear installations) are producing 20 grams (of 20% enriched uranium) every hour; meaning that practically, we are producing half a kilo every day,” Salehi said in an interview with the Persian-language Khamenei.ir website released on Monday.

Iranian legislators last Tuesday praised the AEOI for restarting enrichment of uranium at 20-percent purity level, and called for the full implementation of the recent parliamentarian law to counter the illegal US sanctions against the country.