Iranian Deputy FM: No Intention for Direct Contacts with Americans 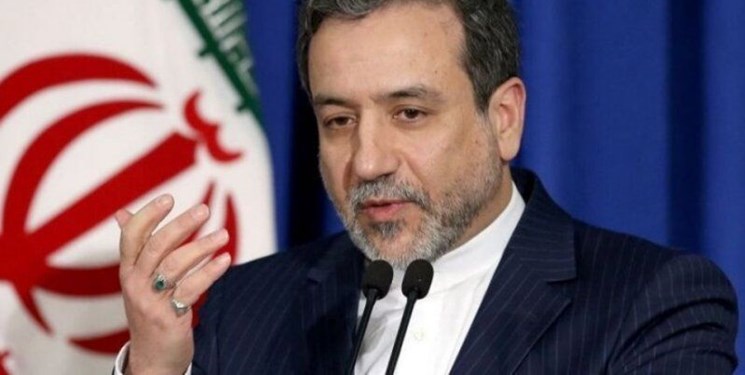 TEHRAN (FNA)- Iranian Deputy Foreign Minister for Political Affairs Seyed Abbas Araqchi dismissed any secret contact with new US President Joe Biden’s team, saying that Iran is not at all interested in establishing contact with the US.

“We have had no contacts and we have no intention of doing so. Naturally, we expect them to completely start their job and start working. At the moment we are not at all interested in any direct contact and we think that the nuclear deal is the right format and the talks should be held in that format,” Araqchi said in an interview with the Italian-language La Repubblica newspaper.

Asked if Iran is ready to negotiate on other issues too, he said, “There will be no nuclear deal plus, no new agreements and no new negotiations on the nuclear deal. Iranian missiles are only reliable defense tools for Iran, and no negotiations will be held on this issue... ."

"The security of the Persian Gulf can be the subject of dialogue among the regional states without foreign interference. Regional security can be discussed collectively.”

Araqchi underlined the need for the US to remove sanctions against Iran, and said, “It is the new US administration’s turn to make up for the mistakes of the previous government. To return to the nuclear deal, they should lift all sanctions. We are ready to fulfill all of our undertakings based on the nuclear deal provided that the Americans live up to their undertakings and lift the sanctions.”

Last Wednesday, Iranian Foreign Minister Mohammad Javad Zarif had also dismissed French media claims that the country’s UN envoy has held talks with the US officials, stressing that Washington should implement its nuclear deal undertakings, which requires no negotiations.

Zarif told reporters on the sidelines of the cabinet meeting in Tehran on Wednesday that despite the claims made by the correspondent of the French newspaper Le Figaro, Iran’s Permanent Ambassador to the United Nations Majid Takht-Ravanchi has held no talks with the US or delivered no messages to the American officials from Iran.

"It is three weeks that Majid Takht-Ravanchi is in Tehran and that reporter has made baseless claims," he said.

Asked about the US-Iran disagreements about the JCPOA, Zarif said, "There is no need to negotiations at all. What has happened is that the US government has broken its obligations. Based on the remarks of the Leader of the Islamic Revolution, if they [Americans] remove the sanctions, there will be no problem from our view."

"Biden is responsible for removing the sanctions and if he lifts the sanction, Iran will return to the JCPOA," he noted.

In a response to a question that Biden has claimed to seek a stronger deal with Iran that would include the missile and regional issues, Zarif said "We have a firm deal that the UNSC has ratified it and we have discussed all of its articles."

"The new US administration and the Europeans should know that Iran is not the region's problem but they are."

"The problem with weapons in our region is not due to the limited amount of weaponry that Iran produces, but the sales of their weapons have turned the region into a tinderbox," Zarif said.

The US B-52 bombers patrol in the region, which has been carried out to intimidate Iran, is highly costly for the Americans, Zarif warned, adding that Iran will never start aggression or war but will resist pressure and will give a harsh response to threats and aggressors.

Asked about the mediation of Qatar between Iran and the US, Zarif said, "There would be no mediation, Qatar has offered talks and we have said we always support talks."

He reiterated that the Biden administration should return the conditions to the pre-Trump era. "It was the Americans who worsened the situation and they should make up for everything per se. This is not Iran's problem."

"As soon as the US fulfills its obligations, we will fulfill ours, too," he added.

Also on Wednesday, Iranian President Hassan Rouhani voiced pleasure with the end of outgoing US President Donald Trump’s tenure, saying that the new administration in the White House should take the opportunity to implement all Washington’s nuclear deal undertakings.

“Today, thanks God, Trump's black page will be closed forever, and we say thanks God when any oppressor is overthrown,” Rouhani said, addressing a cabinet meeting in Tehran.

Former US President Donald Trump, a stern critic of the historic deal, unilaterally pulled Washington out of the JCPOA in May 2018, and unleashed the “toughest ever” sanctions against the Islamic Republic in defiance of global criticism in an attempt to strangle the Iranian oil trade, but to no avail since its "so-called maximum pressure policy" has failed to push Tehran to the negotiating table.