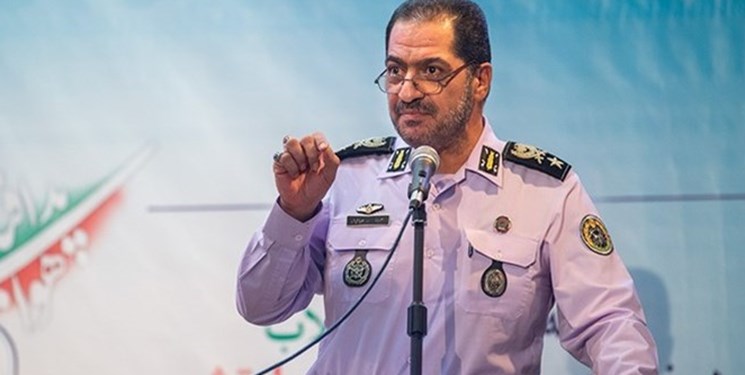 TEHRAN (FNA)- Commander of the Iranian Army's Air Defense Force Brigadier General Alireza Sabahifard underlined his forces' readiness to confront and repel any possible threat by the enemies, and said that Iran's might and power has made enemy hopeless in breaking out a hard war against the country.

"Today, the Iranian Armed Forces in the domestic defense industry have reached the maximum maturity and authority that the enemy does not have the strength and courage to wage hard war against the country," the senior Iranian commander said.

"Certainly by relying on the cultural activities that have been done Iran will overcome the enemies in the soft war, too," he added.

General Sabahifard said Iran is observing enemies beyond its borders relying on its modern technology.

In relevant remarks earlier this week, Chief of Staff of Iran's Armed Forces Major General Mohammad Hossein Baqeri lauded the Islamic Revolution Guards Corps (IRGC) and Army for staging massive drills in the past few weeks, and warned of the country’s crushing and unimaginable response to any threat and aggression.

“The arrogant trans-regional powers, specially the US terrorist regime and the regional reactionary regimes, are ware that the Islamic Republic of Iran Armed Forces’ reciprocal, crushing and destructive strike is unimaginable and they are prepared for immediate and rapid reaction response to their strategic mistake of having greedy eyes to the Islamic land (Iran)’s independence, security and territorial integrity,” General Baqeri said in a message to Army Commander Major General Abdolrahim Mousavi and IRGC Commander Major General Hossein Salami on Wednesday.

He praised the high-ranking military officials and their forces for holding the recent Eqtedar 99 and Payambar-e Azam 15 (the Great Prophet 15) drills in Makran coast, the Southern areas of the Sea of Oman and the Northern parts of the Indian Ocean, successfully.

General Baqeri stated that these large-scale drills demonstrated the power and comprehensive readiness of the Armed Forces, and added that undoubtedly, the strategic achievements of Iran’s defense industry, parts of which were exposed to the world, will make the Zionist Regime and arrogant powers keep wondering about the will, power and strategy of the Islamic Republic for a long time.

In his message, he also underlined the need for increasing the defense and deterrence power of the country under the guidelines of the Supreme Leader of Islamic Revolution as well as monitoring the threatening moves with comprehensive intelligence supremacy.