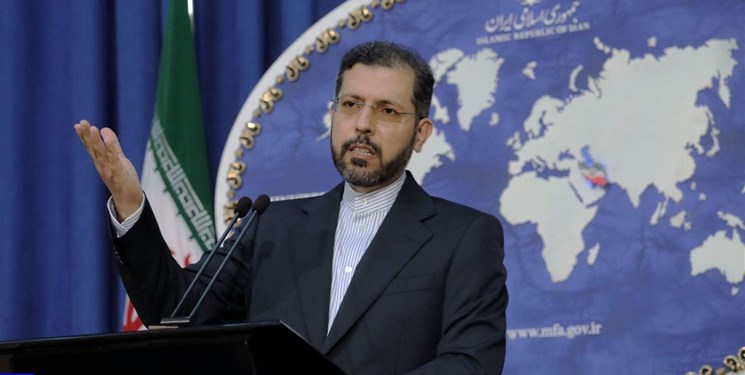 “During the Korean delegation's recent visit to Tehran, we asked them why they were looking for a political end to the seizure of the Korean tanker, which is a technical issue. Political mediation on technical issues is not acceptable to us, and we have declared this to the Koreans as well,” Khatibzadeh said.

He underlined that Iran's seizure of the Korean tanker was not aimed at forcing Seoul to repay Tehran’s blocked assets in the country.

“So far, we have gone through various ways to release this money, and the pre-planned visit of the Korean Deputy Foreign Minister also took place to this end,” Khatibzadeh said.

In relevant remarks earlier this month, Governor of the Central Bank of Iran (CBI) Abdolnasser Hemmati called on South Korea to make a serious move and opt for independent decision-making on Iran’s frozen assets, warning that if the country does not release Iran’s crude revenues, it should expect consequences.

Early in January, the Islamic Revolution Guards Corps (IRGC) announced that it had stopped a South Korean-flagged ship for environmental pollution in the Persian Gulf, adding that the ship has been taken to a port in Southern Iran.

"The tanker, HANKUK CHEMI, carrying 7,200 tons of oil chemicals had been violating environmental protocols repeatedly since it set off from the Saudi Al-Jobail port," it added, and said the case with the tanker will be referred to the Iranian judiciary.