Rouhani: US Defeated in Economic War on Iran 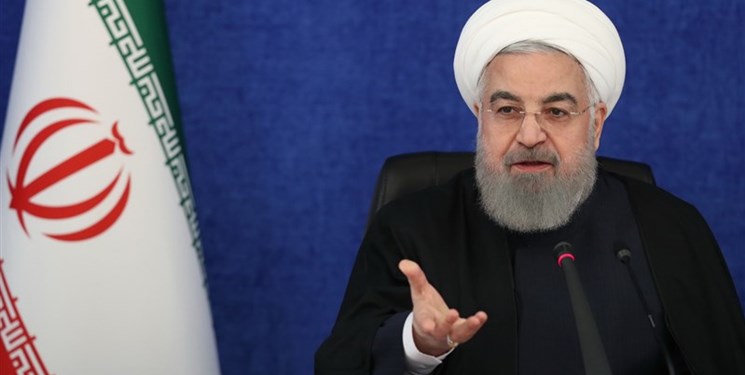 TEHRAN (FNA)- Iran’s President Hassan Rouhani said his nation has won the economic war waged by the US, stressing that a bright future is ahead of the nation.

Rouhani said on Sunday that the Iranian people succeeded to foil the plots of the directors of economic war, promising a brighter economic future for the people.

“The goal of the directors of economic war was to disrupt Iranian economy’s calm, but I assure people that a brighter future awaits our economy,” he noted.

“The angry enemies are trying to stop or slow down the positive [economic] trend with broad propaganda and psychological warfare,” Rouhani went on to say.

"I am sure that economic activists and people will pay no attention to such statements and will continue their path with strength, confidence, calm and hope," he stressed.

In relevant remarks late December, Rouhani said that the US economic war against his nation is nearing end, but meantime, stressed that the Iranian nation is ready for decades of resistance.

Rouhani made the remarks on December 24, addressing the inauguration ceremony of 3 major petrochemical projects via a video conference.

"The projects that are being inaugurated today proves the national power of the country that is emerging, and we are witnessing that the whole country has turned into a huge workshop of self-confidence under the economic sanctions," he said.

Rouhani referred to the US anti-Iranian economic war, and said, "If this war lasts for 30 years, our people will still stand, although I believe that this war is reaching its end and the one who ignited war is passing the last weeks of his political life."

"The Iranian nation will live forever and be proud as it has been proud throughout history," he underlined.

"The enemy wanted to reduce our foreign exchange earnings by restricting the oil sector," Rouhani said.

"As the Leader said, the first thing to do in sanctions is for us to eliminate their effect, and the second thing is to lift the sanctions," he added.

The Iranian President called the sanctions a joint product of Zionism, regional allies, and Americans, saying, "We should defuse the conspiracy of the enemies and we should not let their cruel plan against our nation continue."

He vowed the government's continued effort to improve the living conditions of the Iranian people in the near future.