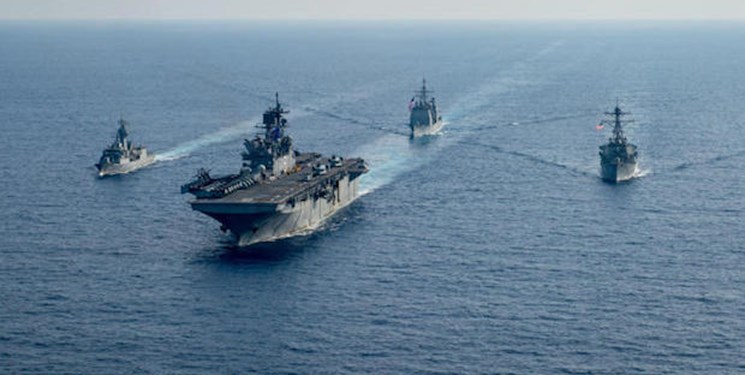 TEHRAN (FNA)- A US carrier strike group entered the South China sea for routine operations, the US Indo-Pacific Command (INDOPACOM) announced on Sunday amid increased tensions between China and Taiwan.

"The Theodore Roosevelt Carrier Strike Group (TRCSG) entered the South China Sea January 23 to conduct routine operations. The TRCSG is on a scheduled deployment to the US 7th Fleet to ensure freedom of the seas, build partnerships that foster maritime security, and conduct a wide range of operations," INDOPACOM stated in a statement, RIA Novosti reported.

Taiwan, which Beijing considers to be part of its territory, has recently been accusing China of encroaching upon the island's air defence identification zone. On Saturday, the US State Department said Washington would strengthen ties with Taiwan and called on the Chinese side to cease alleged military, diplomatic and economic pressure on Taiwan.

Taiwanese envoy to the United States Hsiao Bi-khim was present during US President Joe Biden's Wednesday inauguration ceremony, marking Taiwan's first formal representation in Washington since the US severed diplomatic ties with Taipei over 40 years ago.

The US, along with many other countries, does not recognise Taiwan as a sovereign nation and officially sticks to the "One China" policy. Nevertheless, Washington has kept informal relations with the island after severing diplomatic ties with it in 1979. China, which views Taiwan as its breakaway province, is uneasy over its cooperation with Washington, especially in defense.