Iranian Envoy to Yemen: US Mother of Terrorism 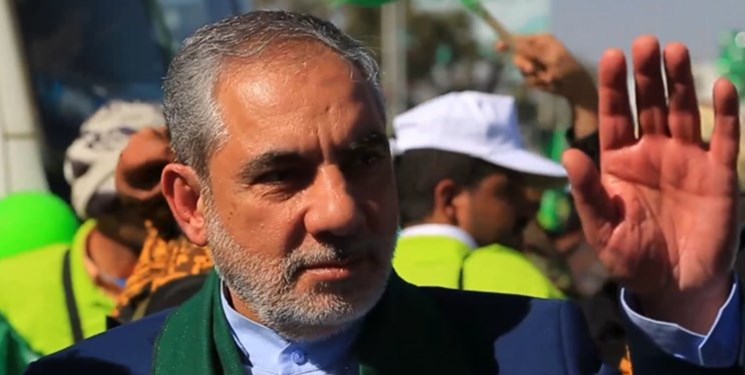 TEHRAN (FNA)- Iranian Ambassador to Yemen Hassan Irlou blasted the US for putting Ansarullah Movement’s name in the list of terrorist groups, saying that Washington itself is the mother of terrorism.

“The war in Yemen should stop. Everyone knows that the US is the sponsor and mother of terrorism in the world, it supports the siege on Yemenis and adds to their humanitarian problems,” Irlou wrote on his twitter page on Monday night.

He referred to the recent protest rallies in Yemen to protest at Washington’s designation of Ansarullah as terrorist group, saying that it showed opposition to the US and the Zionist regime’s colonial policies.

Last week, more than 300 anti-war and humanitarian organizations across the world signed a statement calling for an end to the Saudi war against impoverished Yemen.

The statement called for an international day of action on January 25, just days after US President Joe Biden’s inauguration and the day before Saudi Arabia’s “Davos in the Desert” Future Investment Initiative.

It pointed to the Saudi-led bombing and blockade of Yemen, which have killed tens of thousands of Yemeni people, saying despite the dire circumstances the Yemenis are in, including a devastating COVID-19 outbreak, Saudi Arabia is escalating its war and tightening its blockade.

“The war is only possible because Western countries -- and the United States and Britain in particular -- continue to arm Saudi Arabia and provide military, political and logistical support for the war,” it said, adding, “The Western powers are active participants and have the power to stop the world’s most acute human crisis.”

Saudi Arabia launched its war on Yemen war in 2015 in a bid to reinstall Yemen’s former pro-Riyadh government. The military campaign has turned the poor Arab country into the world’s worst humanitarian disaster, with tens of thousands of civilians killed and many more suffering the calamities of the war.

Yemen’s Houthi Ansarullah movement, which effectively administers most of the country, has said the Saudi-led coalition will pay dearly for its atrocities.

“Invasion of Yemen is a crime. So is the siege of the country. And continuation of these two amounts to a double crime,” Houthi Spokesman Mohammad Abdul-Salam wrote on Twitter on Saturday.

They said the war on Yemen is man-made, and therefore, it can be ended.

They also demanded that their governments immediately “stop foreign aggression on Yemen; stop weapons and war support for Saudi Arabia and the United Arab Emirates; lift the blockade on Yemen and open all land and sea ports; and restore and expand humanitarian aid for the people of Yemen”.

“We ask individuals and organizations everywhere to call for protests -- with masks and other safety precautions -- in their towns and cities on that day and make clear that the WORLD SAYS NO TO WAR ON YEMEN,” the rights groups added.

It came a day after 22 aid groups working in Yemen called on Washington to revoke a last-minute move by the administration of Donald Trump to designate Yemen’s Houthi Ansarullah movement as a foreign terrorist organization.

“This designation comes at a time when famine is a very real threat to a country devastated by six years of conflict, and it must be revoked immediately. Any disruption to lifesaving aid operations and commercial imports of food, fuel, medicine and other essential goods will put millions of lives at risk,” the aid groups said in a statement on Sunday.

The Biden administration has already begun to review the designation, following worldwide condemnation as well as calls on the new administration to reverse it.