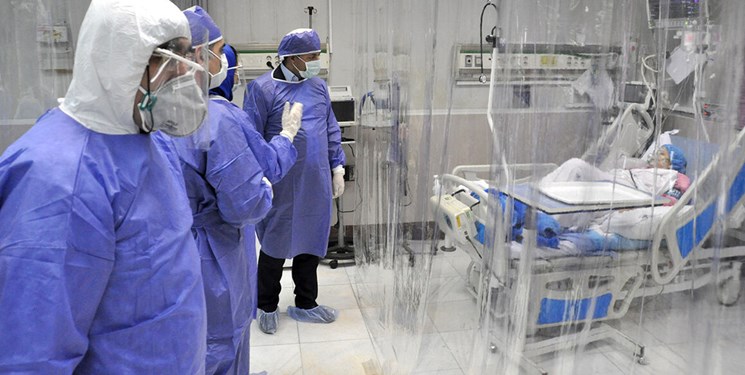 TEHRAN (FNA)- The Iranian health ministry announced on Tuesday that 6,420 new cases of coronavirus infection have been reported across the country during the past 24 hours, adding that 79 patients have passed away in the same period of time.

“A sum of 6,420 new patients infected with COVID-19 have been identified in the country based on confirmed diagnosis criteria during the past 24 hours,” Iranian Health Ministry Spokeswoman Sima Sadat Lari said on Tuesday, and added, "590 patients have been hospitalized during the same time span.”

“Unfortunately, 79 patients have lost their lives in the past 24 hours, increasing the number of the dead to 57,560," the spokeswoman noted.

Lari expressed satisfaction that 1,177,367 coronavirus patients have recovered or been discharged from hospitals so far.

The spokeswoman further said that 4,038 cases infected with COVID-19 are in critical conditions.

She went on to say that 8,015,376 coronavirus diagnosis tests have so far been carried out across the country.

Lari warned 18 cities and towns are still marked orange and 154 others are in the status of alert (yellow).

The spokeswoman went on to say that 276 cities and towns are in blue conditions.

Head of Iran’s Headquarters for Executing the Order of Imam (EIKO) Mohammad Mokhber said last week that the volunteers who have received the country’s home-made coronavirus vaccine in the human trial phase have shown no side-effect yet.

He had last week said that that the country will mass-produce its domestically developed coronavirus vaccine within the next 3 months, declaring the start of the third phase of testing the home-made vaccine on volunteers.

Also, last week, Head of Pasteur Institute of Iran Alireza Biglari said that the country’s home-made vaccines will be ready for the nation's vaccination late in spring if they pass all tests successfully.

The coronavirus COVID-19 is affecting approximately all countries and territories around the world. The virus was first reported in the central Chinese city of Wuhan late 2019. It has so far killed more than 2.15 million people and infected over 100.3 million others globally.

Rouhani on September 12 blasted the US administration for blocking the country’s efforts to receive loan from the International Monetary Fund (IMF) to fight against coronavirus, saying that the American officials have forgotten humanity.