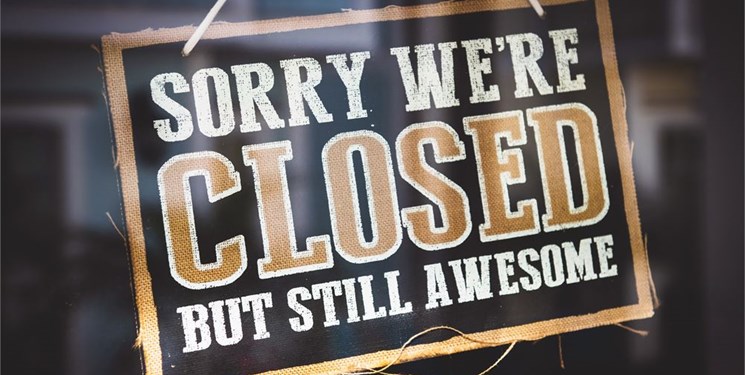 TEHRAN (FNA)- Unemployment in the UK has reached the highest level for more than four years as the second wave of the coronavirus pandemic and tougher lockdown measures place more pressure on businesses and workers.

In a snapshot of the jobs market during the second English lockdown and as tough restrictions were imposed in Scotland, Wales and Northern Ireland to limit the spread of COVID-19, the ONS said redundancies hit a record high during the quarter. Job losses were most heavily concentrated among younger workers, and in the retail and hospitality sectors.

However, weekly figures indicated the number of people being made redundant had started to ease slightly from a peak in September, as the jobs market showed signs of stabilising after worse damage earlier in the pandemic.

Separate figures from HMRC for December, which offer an earlier snapshot of the jobs market than the official ONS figures, showed a 52,000 rise in the number of people on company payrolls on the month, but there are still 828,000 fewer workers on payrolls than in February, before the crisis hit.

Economists said widespread use of the furlough scheme had helped to prevent a more substantial increase in unemployment.

Nye Cominetti, senior economist at the Resolution Foundation thinktank, said, “While the labour market continued to deteriorate, the furlough has held back the tide on jobs losses. Around one in six private sector workers were furloughed during England’s second lockdown in November, and even more are likely to be furloughed today.”

The government extended the multibillion-pound wage subsidy scheme at the last-minute with only a matter of hours to spare, despite repeatedly committing to close the programme at the end of October.

Amid persistently high COVID infections and tougher restrictions, the number of jobs on furlough has doubled to about 5 million since November from the level in October, while Rishi Sunak has further extended the scheme until the end of April.

However, the chancellor is under pressure to provide further support as the unemployment rate continues to rise, including scrapping plans to cut a £20-a-week uplift in universal credit benefits launched last year at the start of the crisis, which is due to be removed in March.

Responding to the unemployment figures on Tuesday, Sunak said, “This crisis has gone on far longer than any of us hoped – and every job lost as a result is a tragedy. While the NHS is working hard to protect people with the vaccine we’re throwing everything we’ve got at supporting businesses, individuals and families.”

The latest figures from the ONS showed the number of people claiming unemployment-related benefits has shot up to more than 2.6 million, a rise of 113% since March last year, as the pandemic puts people out of work and reduces opportunities for finding a new job.

Dave Innes, head of economics at the Joseph Rowntree Foundation, said the figures showed it was vital for the government to keep the higher rate of universal credit.

“Cutting benefits just as unemployment accelerates is bad economics and bad policy. Nor is it acceptable to leave millions of families in the dark about whether their incomes will be cut by £20 a week in April,” Innes said.

The Office for Budget Responsibility, the government’s independent economics forecaster, expects unemployment to peak at about 7.5% later this year – representing 2.6 million people – once the furlough scheme is wound down. Union leaders said the government needed to recognise the damage done by withdrawing support too soon, and from leaving its announcements until the last-minute.

Frances O’Grady, general secretary of the TUC, said the furlough scheme should extended until the end of 2021 to remove uncertainty facing employers and workers and to help the UK’s economic recovery from COVID-19.

“The more people we keep in work, the faster we can recover. But with the job retention scheme set to end in April, millions of people’s jobs hang in the balance,” she said.