Lavrov: Iran, Russia to Cooperate in All Areas 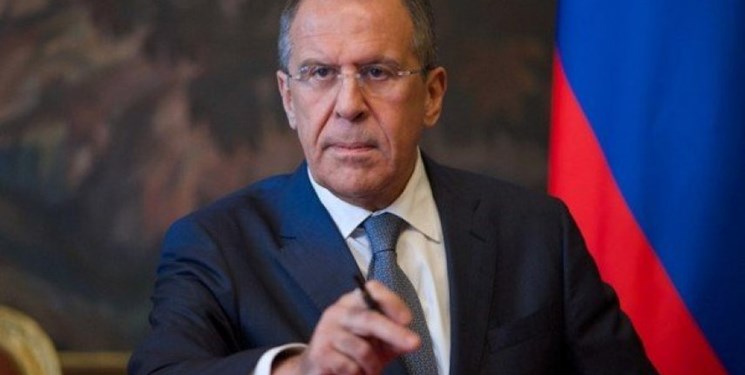 "We will cooperate in all areas," Lavrov said on Tuesday in a press conference with Zarif in Moscow.

"We talked with FM Zarif about plans to build new units at the Bushehr nuclear power plant," he added.

"Russia hopes that the United States will return to the Joint Comprehensive Plan of Action and that this will be a condition for Iran to implement the JCPOA," Lavrov noted.

"Moscow will continue its efforts to ensure that Iran and the US fully comply with their undertakings to the JCPOA in the near future."

"Russia-Iran relations are independent of US desires to impose illegal sanctions," he said.

"The Trump administration encouraged other countries to violate their undertakings under the JCPOA," Lavrov added.

He highlighted that Russia will work with other countries to prevent the spread of nuclear weapons.

Lavrov stated that the next meeting of the "Astana" process on Syria is scheduled for February in Sochi.

Lavrov called the salvation of the JCPOA as one of the most acute topics on the agenda, saying that Moscow and Tehran are both interested in the complete restoration of the Iran nuclear deal.

Zarif had earlier today said the Karabakh conflict was a joint concern for Tehran and Moscow, adding that it has turned into an opportunity for peace and friendship among the regional nations.

“Karabakh crisis was a joint concern for Iran and Russia which has been resolved by Russian mediation,” Zarif said on Tuesday during his meeting with Lavrov in Moscow, and added that the issue has now become an opportunity for regional peace and friendship.

He also expressed gratitude for Moscow’s constructive and unwavering position on the issue of the Joint Comprehensive Plan of Action (JCPOA).

Lavrov, for his part, referred to the good Tehran- Moscow ties, saying that the two countries are also interested in expanding dialogue on a number of other issues, including security in the Persian Gulf, the resolution of Afghanistan’s internal conflict, and the situation in Karabakh.

He called the salvation of the JCPOA as one of the most sensitive topics on the agenda, saying, "Both we and Iran are deeply interested in the full return of signatory states to fulfilling their obligations under the deal."

Zarif, who arrived in Moscow for the second leg of his regional tour today, met and held talks with Lavrov at the Russian foreign ministry.