SNSC Secretary: Taliban Leaders Determined to Fight against US 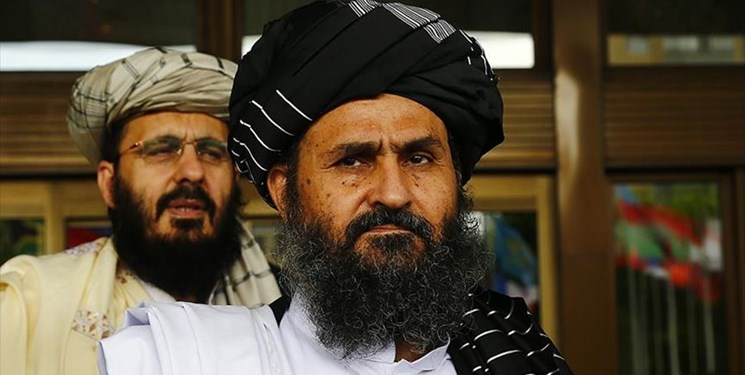 TEHRAN (FNA)- Secretary of Iran’s Supreme National Security Council (SNSC) Ali Shamkhani said during a meeting with him in Tehran on Wednesday, Taliban leaders have displayed their strong determination to fight against the US after years of imprisonment and torture in Guantanamo.

“I found the Taliban leaders determined in fighting against the US during the today meeting with a political delegation of the group,” Shamkhani wrote on his twitter page on Wednesday. 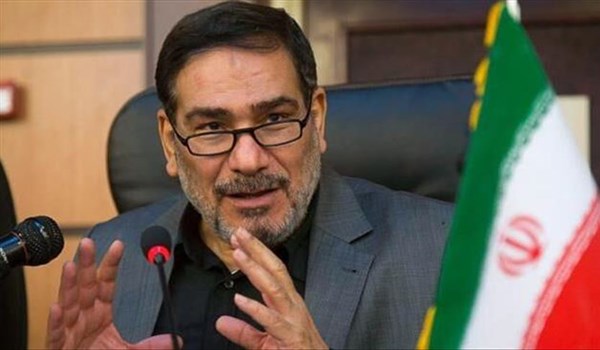 For instance, “one of the delegation members who has been under their (the Americans’) torture for 13 years in Guantanamo has not given up fight against the US in the region,” he added.

Earlier today, Shamkhani said that the country will not recognize the streams that ascend to power with war and violence in Afghanistan.

“The Islamic Republic of Iran will never recognize a stream that wants to come to power through war in Afghanistan,” Shamkhani said in a meeting with the head of Taliban’s political bureau, Mullah Abdul Ghani Baradar, and his accompanying delegation in Tehran.

He stressed the need for participation of all ethnic groups in deciding Afghanistan’s fate in a completely peaceful process.

Shamkhani described security of Afghanistan, specially in the provinces bordering Iran, as highly important, and underscored the need for Taliban's cooperation with the Afghan government to fight against any insecurity and confront the ISIL terrorist group’s moves.

He referred to US record of atrocities and warmongerings in the region, and said, "The US does not seek peace and security in Afghanistan. The US strategy is to continue war and bloodshed among different groups in Afghanistan.”

Shamkhani said that the US is seeking to stage a show of peace talks with the aim of creating a deadlock in the negotiations among various parties in Afghanistan to blame them for insecurity and instability.

Abdul Ghani Baradar, for his part, presented a report on the peace process in Afghanistan, and voiced regret about Trump's disloyalty to the implementation of the peace agreement.

"We do not trust the US and we will fight any stream that is the US mercenary," he added.

"We believe that all tribes and groups should participate and play a role in the future of Afghanistan," Mullah Abdul Ghani Baradar said.

He also emphasized the necessity for the establishment of security at Afghanistan-Iran border, and voiced Taliban’s readiness to cooperate with Tehran in this regard.

Afghanistan’s foreign ministry declared in a statement on Tuesday that it is informed of a delegation of Taliban group to Tehran to negotiate with Iranian officials on the Afghan peace process.

Iran’s Foreign Ministry Spokesman Saeed Khatibzadeh said on Tuesday that a delegation of the Taliban group arrived in Tehran to negotiate with Iranian officials on the Afghan peace process.

Khatibzadeh said that Mullah Abdul Ghani Baradar and his accompanying delegation have come to Tehran upon the invitation of the Iran’s foreign ministry.