FM: Consortium with 5 Neighbors to Open All Caucasus Roads to Iran 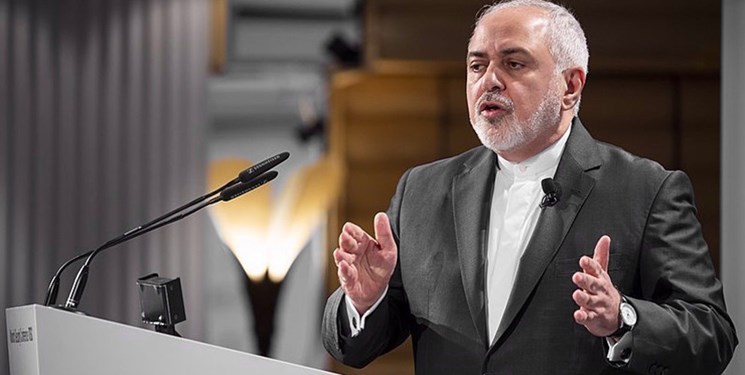 TEHRAN (FNA)- Iranian Foreign Minister Mohammad Javad Zarif said on Sunday that a consortium due to be formed among 5 Caucasus states and Iran will pave the ground for the country’s access to all roads in the region.

“The important consortium due to be formed in the near future among the six countries of Iran, Russia, Georgia, Armenia, Azerbaijan and Turkey in the Caucasus region, which is due to be implemented for the first time in the strategic region, will ease the Islamic Republic of Iran’s access to all roads in the Caucasus region,” Zarif said in an interview with the Persian-language Khorassan newspaper.

He also added that by implementation of the plan to build a road between Nakhchivan and Azerbaijan based on the recent ceasefire agreement, Iran’s access to Armenia and other parts of the Caucasus that the country did not have much contacts with before will increase.

Zarif who arrived in Nakhchivan region on Saturday, expressed the hope that sustainable security would be established in Central Asia and the Caucasus region.

“We have come to Nakhchivan at the end of our visit to 5 regional states to study the transit possibilities and cooperation in the region after the Karabakh war,” Zarif told reporters on Saturday.

“God willing, the Islamic Republic of Iran and other regional states will have the possibility to widen more transit cooperation and coordination after the regrettable war (between Azerbaijan and Armenia) and pave the ground for sustainable peace in the region,” he added.

In relevant remarks on Friday, Zarif in a meeting with his Turkish counterpart Mevlüt Çavuşoğlu had said that peace and stability in the Caucasus can be achieved through economic development and cooperation.

Zarif stressed the importance of sustainable peace in the Caucasus, noting that bolstering of economic and trade cooperation can lead to peace and stability among the regional countries.

He exchanged views on cooperation in the field of transit, trade, energy, as well as mutual efforts to address the problems of companies and economic activists both in Iran and Turkey.

Çavuşoğlu, for his part, called for implementing the agreements between the two countries on transport, trade, and energy.

He hoped that economic cooperation will grow given that the eighth round of Tehran-Ankara joint commission on cooperation is slated for near future in Tehran.

“The presidents of Iran, Turkey and Azerbaijan Republic will discuss regional issues and cooperation in a trilateral conference in Tehran,” Zarif made the remarks at a press conference with Çavuşoğlu on Friday.

He said that Iran is waiting for the Turkish President's visit to Tehran, adding that Iran and Turkey have always been with each other in hard times.

“We should respect this friendship between the two countries,” Zarif noted.

Zarif was in Turkey on the fifth and final leg of his five-nation tour, which has already taken him to Azerbaijan, Russia and Armenia, Georgia.