Rouhani: Vaccination to Start This Week 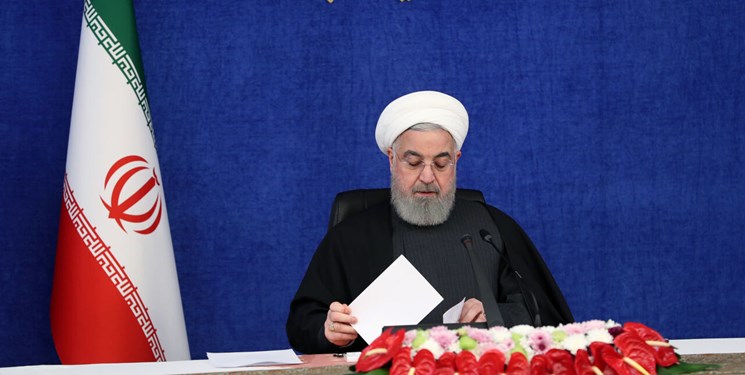 TEHRAN (FNA)- Iran’s President Hassan Rouhani said that public coronavirus vaccination will begin in coming days based on the priorities announced by the health ministry.

President Rouhani vowed the beginning of public vaccination before the anniversary of the Islamic Revolution’s victory which falls on February 10 this year.

“The deadly virus has created critical situation all over the world,” he said adding, “The best way to tackle the pandemic is prevention.”

In relevant remarks late January, Rouhani praised the country’s combat against the coronavirus outbreak despite US sanctions, promising the availability of homegrown vaccine in the next calendar year (starting March 21).

Rouhani said on Saturday January 30 that the Iranian nation has been successful in the fight against COVID-19 in spite of being subject to American economic and medical terrorism, assuring that the domestic vaccine for the deadly disease would be available to the public in the coming spring.

“We have taken promising steps in the production of the coronavirus vaccine and our specialists are sure that domestic vaccine will be available by the next [Iranian] year [starts March 21],” he said.

He noted that the Iranian scientists have successfully conducted their plans and called for continuation of observing health protocols by all until complete defeat of the disease. "There was a fundamental difference between Iran and rest of the world in the fight against coronavirus as we were under economic pressure by the former US administration while others were free for trade and financial transaction,” Rouhani went on to say.