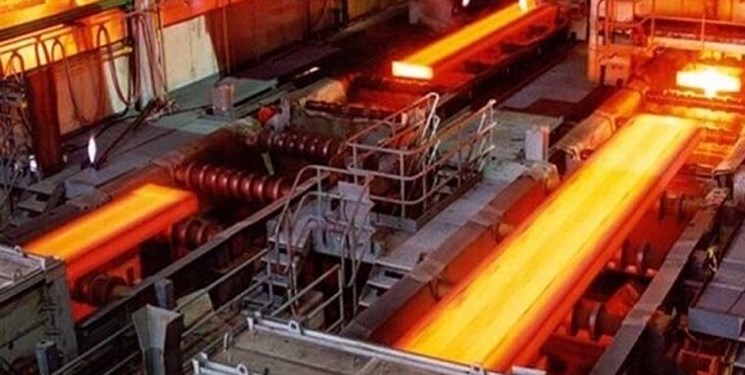 TEHRAN (FNA)- Iran's current crude steel production volume has registered a significant growth as compared to 42 years ago, the Ministry of Industry, Mine and Trade's statistics showed.

The current production capacity of crude steel in the country stands at more than 38.2 million tons, showing a 55-fold hike as compared to the early years of victory of the Islamic Revolution in 1979, the Ministry of Industry, Mine and Trade announced.

It pointed out that the current crude steel production capacity has hit a significant 68 percent growth as compared to 2013.

Meanwhile, production capacity of steel products has shown an eighty percent growth during the past seven years.

Iran ranked 3rd globally in 2020 in terms of steel production growth as it produced over 29 million tons of the metal despite US sanctions.

Iran produced more than 29 million tons of steel in 2020, so that the country stood at the third rank of growth in the strategic metal’s production after Uzbekistan and Moldova.

However, Iranian Mines and Mining Industries Development and Renovation Organization (IMIDRO) reported that the country has become the 10th steelmaker in the world.

A total of 64 steel producing countries, as members of World Steel Association (WSA), produced 1.830 billion tons of steel in 2020.

In a relevant report in December, IMIDRO announced that Iran’s steel production has increased 13% over the 11 months of 2020, while global steel production recorded a 1.3% drop during this period.