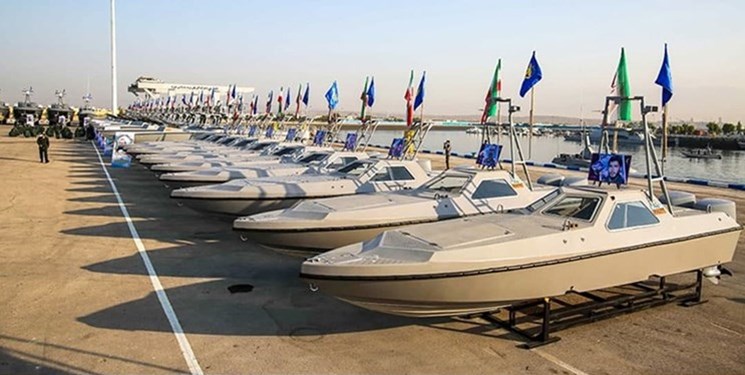 The speedboats which are capable of carrying and firing various missiles and rockets and supporting diving operations joined IRGC Naval Combat Organization in Bandar Abbas.

The light, fast and offensive speedboats which were built in the centers affiliated to the IRGC Navy and in cooperation with the Defense Ministry will be ready for missions and operations in the Persian Gulf, the Sea of Oman and the Caspian Sea.

Rear Admiral Tangsiri had announced in October 2019 that Iran plans to manufacture speed boats in the near future which voyage at the speed of 100 knots per hour.

"Today, marine vessels which cruise at 90nots/h will be unveiled," Rear Admiral Tangsiri said at the time.

"God willing, we will go toward (building) speed vessels with 100knots/h speed," he added.

He noted that the foreign forces distort the regional security and are after legalizing their illegitimate deployment in the region and sell their weapons, and meantime, warned of the environmental hazards facing the region due to the presence of foreign military vessels (which use nuclear power).

Former IRGC Navy Commander Rear Admiral Ali Fadavi, who is now the current IRGC deputy commander, had underlined in 2018 that the country's modern speedboats move at a speed of 80 knots (148 kilometers) per hour.

"The Americans have little information about Iran's Naval power and they understand our real power when either their vessels are sunken or entangled in a terrible situation," Rear Admiral Fadavi told FNA at the time.