Report: Coronavirus Vaccination May Be Cause of Rare Blood Disorder in at Least 36 People in US 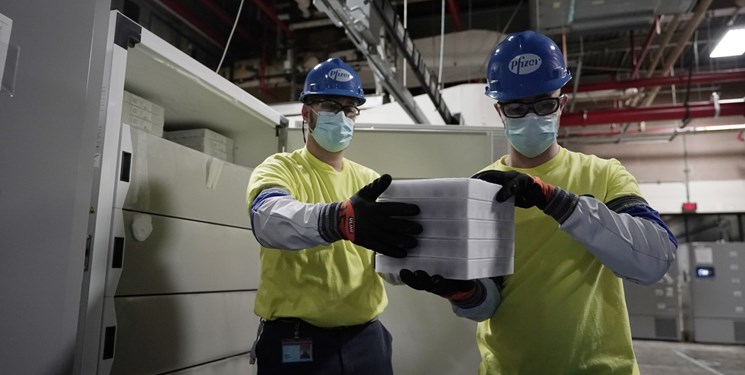 TEHRAN (FNA)- At least 36 people in the US may have developed a rare blood disorder, known as immune thrombocytopenia (ITP), after taking either Pfizer and BioNTech or Moderna's COVID-19 vaccines, according to a report.

The condition develops when the immune system attacks platelets, a blood component essential for clotting, or the cells that create them, for unknown reasons, Fox News reported.

According to The New York Times, the cases were reported to VAERS, the government’s Vaccine Adverse Event Reporting System, as of the end of January. However, the system relies on individuals to send in reports of their experiences to the Centers for Disease Control and Prevention (CDC) and Food and Drug Administration (FDA), and does not indicate whether vaccines actually caused the problems.

Over 43 million COVID-19 vaccine doses have been administered in the United States, with over 32 million Americans receiving at least one dose, according to the latest data Tuesday from the CDC.

No cases of thrombocytopenia were reported during the trials of either Moderna's or Pfizer's vaccines.

A Pfizer spokesperson told FOX News it is "aware of cases of thrombocytopenia in recipients of our COVID-19 vaccine" and takes reports of adverse events "very seriously".

"We are collecting relevant information to share with the FDA. However, at this time, we have not been able to establish a causal association with our vaccine," the spokesperson added, noting, "To date, millions of people have been vaccinated and we are closely monitoring all adverse events in individuals receiving our vaccine. Serious adverse events, including deaths that are unrelated to the vaccine, are unfortunately likely to occur at a similar rate as they would in the general population."

Pfizer noted that the 36 reports does not necessarily mean 36 separate and individual patients got thrombocytopenia after getting the vaccine, citing the possibility of duplicate entries submitted to the VAERS system.

Representatives for Moderna, the FDA and the CDC did not immediately return FOX News' requests for comment.

One of the individuals affected by the condition was Dr. Gregory Smith, an 56-year-old obstetrician from Miami Beach whose symptoms appeared three days after he received the Pfizer-BioNTech vaccine on December 18.

Smith's wife, Heidi Neckelmann, disclosed in a Facebook post that he entered the emergency room with a platelet count of zero and that he was immediately admitted to the intensive care unit with a diagnosis of "acute ITP caused by a reaction to the COVID vaccine".

Immune thrombocytopenia is usually treated by platelet transfusions, with steroids and immune globulins - a treatment meant to prevent the spleen from destroying platelets. However, Neckelmann said the treatements failed to restore Smith's platelet levels and, after two weeks in the hospital, he died from a brain hemorrhage.

"He was a very healthy 56 year old, loved by everyone in the community delivered hundreds of healthy babies and worked tireless through the pandemic," Neckelman continued, stating, "He was a pro vaccine advocate that is why he got it himself. I believe that people should be aware that side effects can happened [sic], that it is not good for everyone and in this case destroyed a beautiful life, a perfect family, and has affected so many people in the community. Do not let his death be in vain please save more lives by making this information news."

Meanwhile, The Times reported that 72-year old Luz Legaspi was hospitalized in New York City on January 19 after waking up with bruises on her arms and legs and blisters that bled inside her mouth, just one day after receiving her first dose of Moderna's COVID-19 vaccine.

At the time, Legaspi's platelet count was zero and doctors reportedly ordered her to not leave her bed for over a week, citing fears that a bump, bruise, fall or other minor injury could lead to a similar hemorrhage and prove fatal.

Legaspi reportedly received the platelet treatments, but was not showing signs of improvement after 10 days in the hospital.

"I don't think she understands she’s like a ticking bomb," Legaspi's daughter, who did not reveal her name upon her employer's request, told The Times on her mother's ninth day in the hospital.

However, Dr. James Bussel, a pediatrician and expert in immune thrombocytopenia, reportedly heard about her condition and called Legaspi's doctor on January 28 offering to consult on her care.

Within two days, Legaspi's platelet count was over 70,000 and she was able to return home the next day, February 2.

Bussel and his colleauge Dr. Eun-Ju Lee recently studied 15 cases of thrombocytopenia that developed after people got COVID-19 vaccines.

The article, which has been submitted to a medical journal and is currently under review for publication, provides information about treatments and urges doctors to report cases, according to The Times. In addition, the study reportedly notes that it is too soon to tell whether the affected patients will have lasting recoveries, or recurrences of the platelet problem.

Bussel told The Times that it is "possible that there is an association" between the condition and vaccines, but that it is not exactly clear what the link may be.

A 2010 study published in the American Journal of Hematology found that 3.3 per 100,000 adults are diagnosed with ITP per year. The prevalence of ITP in adults is approximately 9.5 cases per 100,000.

According to the Platelet Disorder Support Association, an estimated 50,000 people in the US are currently living with and successfully managing ITP, and most cases are either persistent (lasting six to 12 months) or chronic (lasting more than a year). Immune thrombocytopenia sometimes follows a viral illness, such as COVID-19.

Health experts from the American Society of Hematology, including Bussel recommend ITP patients consult with their hematologists before getting innoculated with COVID-19 vaccines.