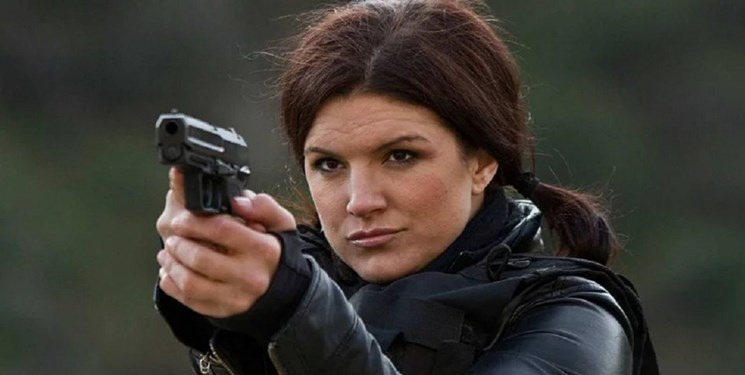 TEHRAN (FNA)- A famous American actress has been fired from her role in a popular series and also disowned by her agency after using an Instagram post to compare the current level of intolerance in the US with the hatemongering that paved the way for the Holocaust.

Gina Carano used the Wednesday post -- that the American social media giant has since removed -- that Nazi atrocities simply started by promotion of hatred against Nazi Germany’s neighbor. She, therefore, warned that detesting others simply because of their political standpoints could eventually lead to similar catastrophic scenarios, presstv reported.

"Jews were beaten in the streets, not by Nazi soldiers but by their neighbors…even by children. Because history is edited, most people today don’t realize that to get to the point where Nazi soldiers could easily round up thousands of Jews, the government first made their own neighbors hate them simply for being Jews,” read the post.

“How is that any different from hating someone for their political views?" Carano then asked deductively.

Lucasfilm then quickly took her off the cast of Mandalorian, a Star Wars’ spinoff that is aired by on Disney+, various American media outlets reported. She was also renounced by United Talent Agency (UTA), according to The Hollywood Reporter digital magazine.

Before becoming an actress, Carano was one of the world’s top female mixed-martial artists and performed for two years on the “American Gladiator” strength contest.

Mainstream American outlets have, however, been trying to turn her into a fair game for criticism for a handful of social media posts, including the latest one and an earlier one, in which she was accused of mocking transgender people.

New York Post claimed that through the latest comments, Carano was directly comparing her opponents to “Nazis”, adding that doing so amounted to either “admitting that you think about Nazis, which kind of makes you a stealth Nazi, or b) trivializing the Holocaust”.

Opponents of the pariah state that Carano is being forced into have created a #CancelDisneyPlus hashtag on Twitter, defending her right to free speech.

But some rapped the hypocrisy over the firing of the actress, as her co-star, Pedro Pascal, did not spark a backlash when he drew an analogy between former President Donald Trump’s supporters and Nazis in November.

"There's a clear hypocrisy at Lucasfilm where Pedro Pascal can hyperbolically compare Trump's politics to Nazi Germany, but Gina Carano can't to the point that she'll be fired. Hollywood blacklisting conservatives has been known before -- now we can confirm it," Columnist and radio host Tim Young told Fox News.

He also said in a tweet that her comments were neither anti-Semitic nor in denial or derogatory of Holocaust, saying she was rather warning about what could become of the United States if it continued to drown out alternative voices and allow attacks on broad-mindedness.

The developments come amid intense campaigns across the US and its allied states to try and stereotype various kinds of objection, dissidence or alternative mentality as anti-Semitism.