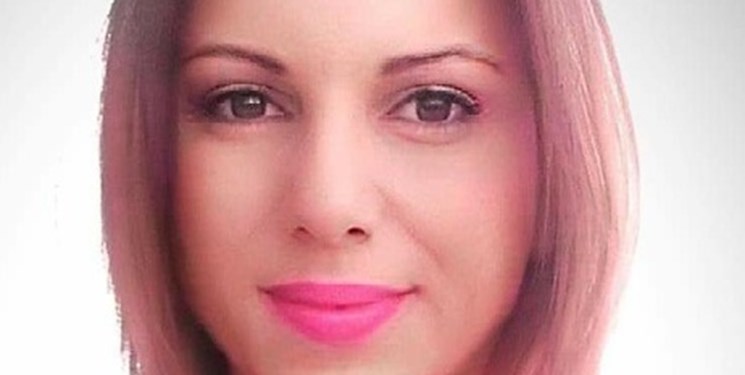 Speaking in an interview with FNA, Dr. Aniftou said, “Iran belongs to itself… It did not belong to the East or to West… Sanctions were imposed in all sectors even in academia, and Iran has continually been under sanctions since 1953 and the case of Mossadegh… Iran showed tolerance mostly due to the peaceful nature of Iranians and their capacity to move through difficulties.”

Polina Vyron Aniftou is a Cyprus-based academic and the founder of the House of Iran in Cyprus. She is a lecturer on Iran’s Geopolitics and Foreign Policy, and teaches Persian history.

Q: Why is it the case that many Western countries, especially the US, have been showing enmity towards Iran since its Islamic Revolution in 1979?

A: We need to clarify that USA in the 1960s persuaded Iran and Turkey to become partners in the Periphery Doctrine in order to support American hegemony in the region, and at the same time secure the existence of Israel towards Arabs. Turkey and Iran are the two non-Arab Muslims countries, thus they have other interests than the Arab world, and could balance the hostility against Israel. What USA diplomacy and Carter Administration did not realize just before the Islamic Revolution is that Iranian vision and agenda were always considering other Muslims from the time of Ismail I, as it was considering all Eurasia since Cyrus. Thus the Revolution of 1979 was a historical proof that Iran is the power that can accommodate the vision of justice, wisdom and anti-oppression not only in the Muslim world, but on an international level. Today Iran is a dominant paradigm towards all countries in solidarity, safety and humanism that humiliates USA practices for almost half century. This cannot be accepted by the USA, especially that Iran is the most profitable in resources country and the crossroad of Asia, Europe, Africa and Indian Ocean.

Q: The West has been hostile using psychological, economic and military warfare against Iran for over four decades; however, Iranians are celebrating yet another anniversary of the Islamic Revolution. How do you explain it?

A: There is a misstatement about Iran in the West; West trusts that economic and military sanctions will lead to a regime change. Iranian economy has always been self-sufficient in raw materials and food. Iranian cities through the sanctions are blooming and technology development is outstanding. What we say as analysts and we joke is that in a case of war Iran will have food and milk, while countries in the West will not have even sufficient water. Thus, Iran showed tolerance mostly due to the peaceful nature of Iranians and their capacity to move through difficulties. Let’s not forget that the sanctions were imposed in all sectors even in academia, and Iran has continually been under sanctions since 1953 and the case of Mossadegh. From the other side Iran has no reason to sell its oil, territory and independence to foreign powers, and can deal with its own future better than becoming a third world protectorate.

Q: Do you believe the Islamic Republic of Iran has given opportunity to the people around the world to get to know the narratives intentionally silenced by the West?

A: Iran has been living under propaganda for the last 100 years; no one in the world had understood that it is the only country with a non-secular character confirmed by four major revolutions happened in 70 years. Not only the people, but also the global leaders did not understand the changes that Iran underwent in the last century, and that still the aims of the Islamic Revolution have not been achieved. There is a kind of misinformation about Iran, as there is misinformation about the Turkish occupation in Cyprus, and the situation in Venezuela. The Islamic Republic should be more progressive and open to young people, advertise its universities in a more efficient way, collaborate with business centers and be more practical. I believe Iran has always been niche; it did not belong to the East nor to West. This is the status today as well. Iran belongs to itself, but new approaches and alliances in political, economic, technology, medicine need to be established.