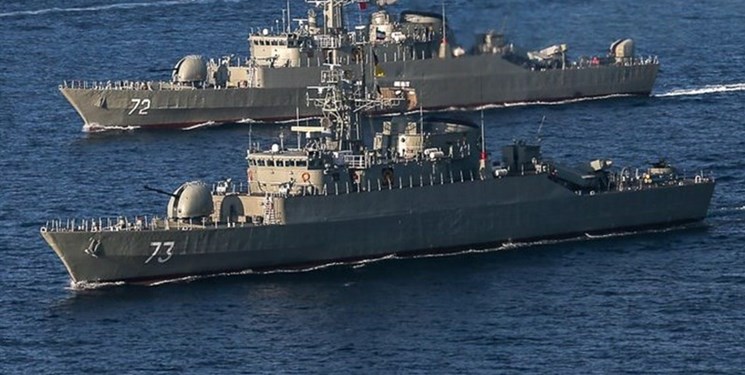 TEHRAN (FNA)- Iran and Pakistan called for strengthening of cooperation on maritime security and holding joint wargames by the navies of the two neighborly countries.

Naveed Ashraf hailed the important participation of the Iranian military delegation in the seventh edition of the Aman-2021 maritime exercise.

Organized under the slogan, 'Together for Peace,' Pakistan Navy said the week-long drills are aimed at displaying united resolve against terrorism and crimes in maritime domain, contributing towards regional peace and stability and enhancing interoperability between regional and extra regional navies. Naval forces from 45 countries have taken part in the collaborative drills.

The Iranian military delegation, comprising of the naval forces of the Iranian Army and the Islamic Revolution Guards Corps (IRGC), has also participated in the multinational event.

In a message to the opening ceremony of the exercise, Chief of Pakistan’s Naval Staff Admiral Mohammad Amjad Khan Niazi said his country’s Navy has taken several initiatives for maritime security and promotion of peace in regional waters.

Zarif and Javed Bajwa discussed various issues, including the fight against terrorism and strengthening border security cooperation and expansion of military relations between the two neighboring countries.

The two sides also reviewed the latest security developments in the region, especially the situation in Afghanistan.