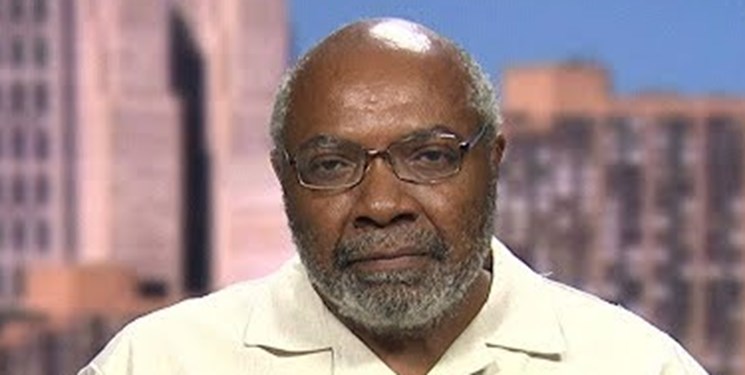 TEHRAN (FNA)- Abayomi Azikiwe, political analyst and activist, says the interim Sudanese government is not authorized to disrespect the 1958 Boycott Act which prohibits an accord being signed with Israel, adding that a revolutionary democratic government would reject such relations with such an oppressive and racist regime.

Speaking in an interview with FNA, Dr. Azikiwe said moves such as recognition of Israel needs popular mandate obtained from the electorate, and underlined, “This current administration in Khartoum was not elected… People in Sudan, who have a vested interest in fundamental change, should not be dissuaded from realizing the objectives of creating a just and genuinely democratic society… A revolutionary democratic government would reject such relations with any oppressive and racist regime”.

Abayomi Azikiwe is the editor of the Pan-African News Wire, an electronic press agency that was founded in 1998. He has worked for decades in solidarity with the liberation movements and progressive governments on the African continent and the Caribbean. Azikiwe is a graduate of Wayne State University in Detroit where he earned undergraduate and graduate degrees in Political Science/Public Administration and Educational and Administrative Studies.

Q: Sudan’s Minister of Information, Culture and Tourism Faisal Mohamed Saleh says the US has exerted extreme pressure on Sudan to normalize ties with Israel. If true, why is that the case?

A: Sudan is a very important country in Africa historically and on a contemporary level. The United States funds a tremendous amount of the administrative operations of the Israeli state. Every year billions of US dollars from the tax revenues of working people are turned over to Tel Aviv. Both governments exert enormous influence in West Asia and Africa. Sudan has faced a profound economic crisis due to the decline in oil prices, a Washington and Israeli-backed partitioning of what was previously the continent's largest geographic state, the accumulation of debt to the international financial institutions and their clients in the region such as Saudi Arabia and the United Arab Emirates (UAE). When the previous administration of President Omer Hassan al-Bashir shifted his foreign policy orientation towards Riyadh the world witnessed the intervention of the Sudan Defense Forces in Yemen, clearly on the wrong side of the war. The strong arming of the interim government of Prime Minister Abdalla Hamdok is a continuation of the same trajectory under new leadership. This current administration in Khartoum was not elected and is conducting its domestic and foreign policy through negotiations with a wide variety of political parties, professional groupings, armed sectional movements and the US State Department. This was clearly an objective of the Trump White House because there are recently-signed similar agreements with Saudi Arabia and the UAE. The more "recognition" of Israel by states in the two regions provides a mechanism for deeper penetration by Imperialism in the internal affairs of the people.

Q: Do you believe normalization of ties with Israel has popular support in Sudan?

A: Such a controversial policy re-orientation should have a popular mandate which is impossible under the current interim government. A legislative body is being created in Sudan which will be a major task to incorporate the disparate elements within the political landscape. Nonetheless, there has not been multi-party elections. Prime Minister Hamdok has a technocratic background and has no real mandate from the electorate. The various coalitions and parties are divided on relations with Israel. The Sudanese Communist Party recently announced that it was withdrawing from both the National Consensus Forces (NCF) and the Forces for Freedom and Change (FFC). One of the main issues was the "normalization" of relations with Israel along with the Sovereign Council's lack of reforms in the economic sphere. The uprising which led to the coup against al-Bashir was sparked by the rise in commodity prices for basic goods and the failure of the administration to provide relief to the population.

Q: How would you describe a possible Sudan-Israel deal under the transitional government?

A: The entire transitional process is by nature interim. People in Sudan, who have a vested interest in fundamental change, should not be dissuaded from realizing the objectives of creating a just and genuinely democratic society. The question of relations with Israel must acknowledge the 1958 Boycott Act which prohibits such an accord being signed. It is the White House and its allies in Tel Aviv which are seeking to win influence and to neutralize opposition to their imperialist policies around the world. A revolutionary democratic government would reject such relations with any oppressive and racist regime.