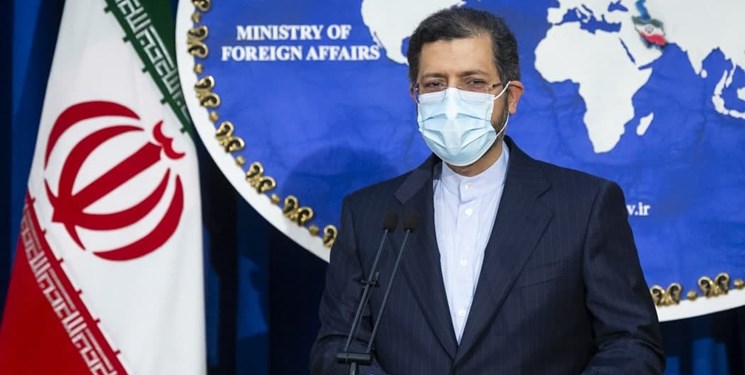 TEHRAN (FNA)- Foreign Ministry Spokesman Saeed Khatibzadeh said that Iran has taken measures to help those affected and potentially injured in the recent blast in the Afghanistan-Iran border, and contact is underway between the relevant authorities of the two countries.

Khatibzadeh's remarks came in reaction to the explosion of fuel tankers at a customs post in Afghanistan’s border town of Islam Qala near the Iranian border on Saturday that has caused no loss of life in the Dogharoun border of Iran.

A fuel tanker exploded at the Islam Qala crossing causing a massive fire that consumed more than 500 trucks carrying natural gas and fuel, according to Afghan officials and Iranian state media.

It was not immediately clear what caused the blast. Wahid Qatali, Herat’s provincial governor, said Afghan first responders along with Iranian forces put the fire out after several hours.

In relevant remarks earlier on Saturday, Head of the Crisis Management Department of Khorasan Razavi Province said that the governor of Herat had asked Iran for urgent assistance to contain the blaze.

Mohsen Nejat added that relief and rescue forces have been deployed in the Dogharoun border area in Taybad city.