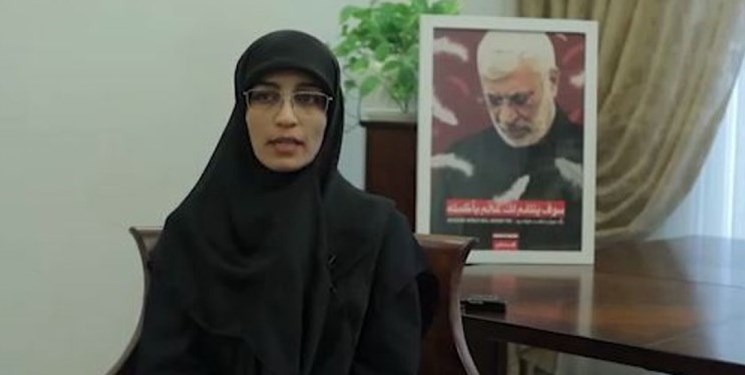 “The close relationship between the two martyrs dates back to late 1990s when martyr Abu Mahdi became the commander of Badr Organization in Iraq and martyr Soleimani was the commander of IRGC Qods Force,” Manar Al-e Ebrahim, the daughter of martyr Jamal Al-e Ebrahim, nom de guerre Abu Muhandis, said on Sunday. 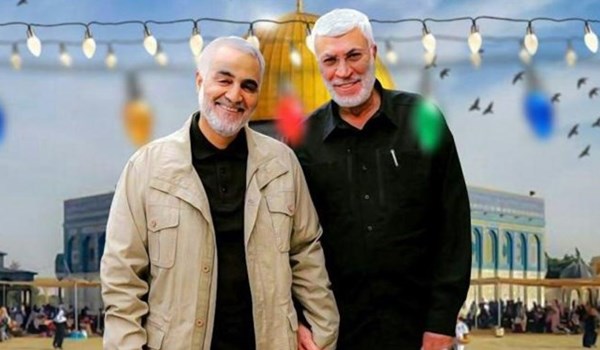 “I know that they saw each other as brothers,” she added.

Manar said that in late 2002, a few months before the US started military aggression against Iraq, martyr Abu Mahdi resigned from leadership of Badr Organization and membership in the Islamic Supreme Council of Iraq because he did not want to be a part of negotiations with the Americans.

“Martyr Abu Mahdi played an important role on Iraq’s political scene and his martyrdom by the US severely angered the resistance forces in the region,” Manar said.

“After the start of the ISIL attacks and the occupation of nearly a third of Iraq's territories, martyr Abu Mahdi wrote a letter to the jihadi forces resisting against the US, inviting them to join the resistance front,” she added.

“Abu Mahdi believed that the US had no intention of ending the ISIL presence and only wanted to manage what it called a civil war. For this reason, martyr Abu Mahdi refused to deploy Hashd al-Shaabi forces in any of the operational zones where the American planes were present,” Manar said.

General Soleimani and Abu Mahdi al-Muhandis played influential roles in the battle of Iraqi and Syrian nations against the world’s most notorious Takfiri terror groups, the ISIL and al-Qaeda.

Lieutenant General Soleimani and Abu Mahdi al-Muhandis were assassinated in a US drone strike on Baghdad International Airport in Iraq on January 3, 2020, upon an order by Trump.

Earlier this month, Secretary of Iran’s Supreme National Security Council (SNSC) Ali Shamkhani in a meeting with Iraqi Foreign Minister Fuad Hossein called for Baghdad’s further efforts to bring to justice the perpetrators and masterminds of the terror attack on General Soleimani.

“We should not allow the blood of martyrs Abu Mahdi al-Muhandis and Qassem Soleimani to be trampled upon, and the perpetrators of this terrorist crime should be prosecuted and severely punished,” Shamkhani said in the meeting in Tehran.