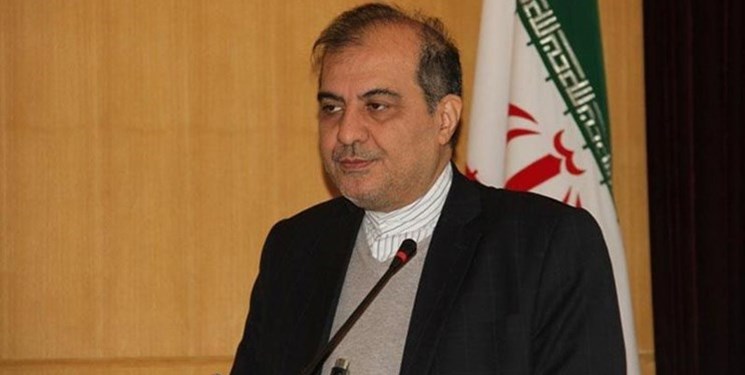 TEHRAN (FNA)- Senior Assistant to the Iranian Foreign Minister for Special Political Affairs Ali Asqar Khaji said that his country’s presence in Syria is aimed at fighting against the terrorist groups, warning Israel that any aggressive move will face a crushing response.

“While the Syrian government is fighting terrorists, the Israeli regime supports them. Our presence in Syria is aimed at combating ISIL and other terrorist groups, but if Israel wants to cross the red lines, it will face the toughest response, which will make them regret their deeds," Khaji told Sputnik during his recent visit to Damascus.

The diplomat described "the nature of the Zionist entity" as "aggressive and hostile towards the region, the Palestinians, and neighbors".

He also said Iranian presence in Syria is legitimate because it came at the request of the Syrian government and contributed to Syria's efforts in campaign against terrorism.

He said Iran does not believe that the political process in Syria has failed and expects the Syrian Constitutional Committee to succeed.

The fifth round of the Syrian Constitutional Committee's small body mediated by UN Special Envoy for Syria Geir Pedersen was held in Geneva in late January. Pedersen called the talks a "disappointment," as nothing was achieved on certain agenda issues the diplomat had defined before the start of the session.

"I do not agree ... that the political process in Syria has failed. We created the Constitutional Committee and we have a difficult road to go because there are 10 years of war between the parties, so the lack of trust was a very difficult moment. But this process has begun, and there is progress. We strive for the work of the constitutional committee to be completed successfully," Khaji said.

The diplomat noted that during his visit to the Syrian capital, he discussed the latest round of the Constitutional Committee talks, with the country's leadership and upcoming Astana-format meeting in Russia's Sochi, scheduled for February 16-17, was also addressed.

Khaji said he expects the talks to be beneficial.

Syrian President Bashar al-Assad and Khaji in a meeting in Damascus earlier this week conferred on avenues to further bolster strategic relations between Tehran and Damascus. 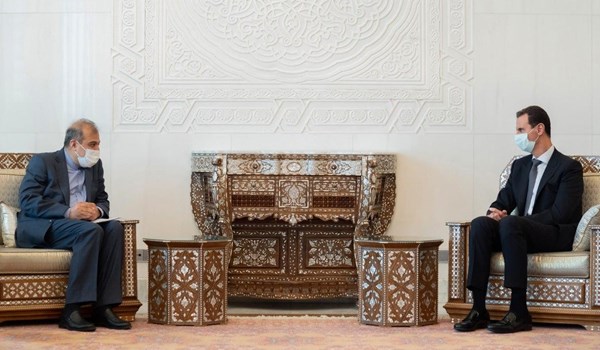 The Syrian president received Khaji at the presidential palace in Damascus on Wednesday, where they discussed a range of issues, including the enhancement of “strategic” relations and bilateral economic cooperation in the face of the unilateral Western sanctions.

The two sides also discussed a number of political issues, including the Astana meetings, the progress made in the previous meetings and the agenda of the next meeting in the Russian resort city of Sochi scheduled for February 16-17.