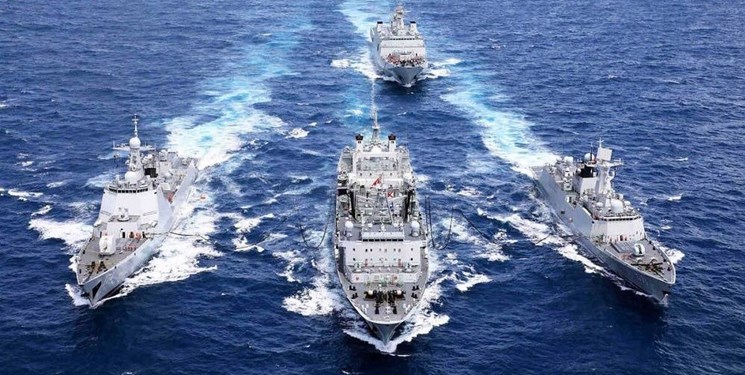 The IRGC and Army submarines welcomed the Russian naval units consisting of the Stoiky destroyer, a KoLa logistics ship, which have entered Iran’s territorial waters to participate in the "Iranian-Russian Marine Security Belt drills".

The senior commanders of the Russian fleet were transferred to the port of Shahid Beheshti in Chabahar to attend a briefing and coordination meeting.

In relevant remarks on Sunday, Deputy Commander of the Iranian Army for Coordination Rear Admiral Habibollah Sayyari announced Tehran and Moscow are to stage joint naval drills in the waters of the Northern Indian Ocean in the near future.