Ambassador: Iran Entitled to Modify Undertakings Based on N. Deal 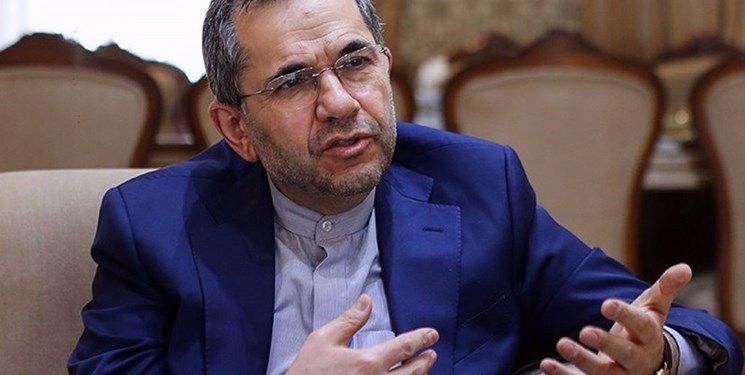 TEHRAN (FNA)- Iran’s Ambassador and Permanent Representative to the UN Majid Takht Ravanchi said his country has never withdrawn from the Joint Comprehensive Plan of Action, but modified its undertakings in line with the rights envisaged for the members of the nuclear deal.

“How do they expect Iran to take the first step, while Iran is still in the JCPOA?” Takht Ravanchi said in an interview with the Euronews Persian section on Monday, adding that Iran has started to reduce JCPOA-related commitments based on paragraph 36 of the agreement.

“According to Paragraph 36, if a participant to the deal commits an evident violation of the deal, Iran is allowed to stop abiding by its commitments totally or in a partial manner; we chose the latter option,” he noted.

In relevant remarks early February, Iranian Foreign Minister Mohammad Javad Zarif said that if the US implements its undertakings based on the nuclear deal, Iran will also immediately reverse measures adopted to decrease commitments.

Zarif in a twitter post early Wednesday February 3 referred to his recent interview with the CNN International, and said, “I told the CNNI’s Christian Amanpour (that the) US left the JCPOA and violated it. Iran took remedial measures. US should return to compliance. Iran will then immediately reverse remedial measures.”

He also proposed that Joseph Borrel, the nuclear deal’s Joint Commission Coordinator, “can choreograph the moves in consultation with Iran and US”.

Iran has reiterated that it would not take any measure to revive its modified nuclear deal undertakings until the US removes all the sanctions imposed on Tehran in the last four years and once Iran sees removal of all these sanctions in practice, it would revive all its modified undertakings.