US: Drug Overdose Crisis Worsens in Shadow of COVID-19 Pandemic 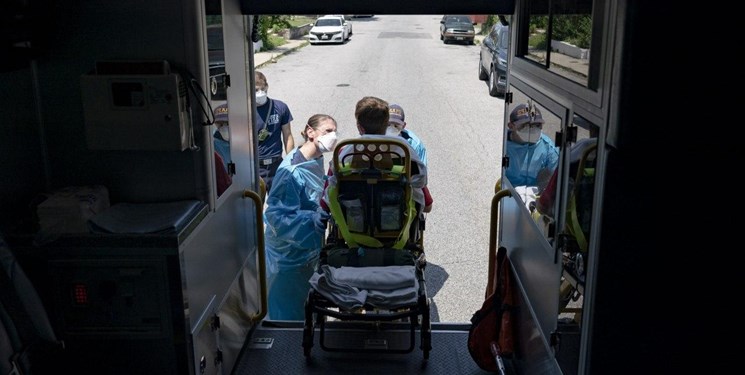 TEHRAN (FNA)- President Joe Biden and Congress are coming under pressure from advocates to address a public health crisis that has been overshadowed by the coronavirus pandemic: Rising drug overdose deaths.

While most attention and government resources have been focused on COVID-19, the overdose crisis has worsened as people struggle with job losses, isolation and the deaths of family and friends brought on by the pandemic, The Hill reported.

More than 83,000 people in the US are thought to have died of drug overdoses in the 12-month period ending June, according to the most recent data available from the Centers for Disease Control and Prevention (CDC), a record-breaking number.

“We’re going to solve COVID in the near term, and hopefully we’re on the path to doing that. But this addiction crisis was grave and gathering before that, and it’s only gotten worse,” said Kevin Roy, chief policy officer for Shatterproof, a nonprofit organization focused on the addiction crisis.

“A recognition that we had an existing public health crisis before COVID is really, really critical because we have to address it,” he added.

Advocacy groups are sounding the alarm about the persistent lack of access to substance use disorder treatment across the country.

Three years after former President Donald Trump declared the opioid epidemic a national emergency, and two years after Congress passed a multibillion-dollar bill responding to the crisis, a substantial portion of the country still lacks access to medication assisted treatment, considered by experts to be the gold standard for addiction care.

Three drugs approved by the Food and Drug Administration (FDA) to treat opioid use disorder can suppress cravings, reduce or eliminate withdrawal symptoms and have been found in clinical trials to curb illicit drug use and reduce the risk of overdose deaths.

But among the 1.6 million people in 2019 who had an opioid use disorder, only 18 percent received medication assisted treatment, according to a survey by the Substance Abuse and Mental Health Services Administration (SAMHSA).

This is partly because such treatment can be hard to find in many parts of the country, few providers are licensed to provide it and a stigma persists around addiction treatment, both among health professionals and the public.

“It’s not really up for debate, medication assisted treatment should be a part of every treatment plan for opiate use disorder, period,” stated Shawn Ryan, chair of legislative advocacy for the American Society of Addiction Medicine.

But 40 percent of counties in the US have no providers who can prescribe buprenorphine, one of the FDA-approved drugs.

Even at specialty substance use treatment facilities, medication assisted treatment can be hard to find.

Only 42 percent of substance use treatment facilities offered at least one of the three FDA-approved treatments in 2018, according to a Government Accountability Office report released in December.

One way to address the problem, experts say, is to eliminate the waiver requirement that requires eight hours of training to prescribe buprenorphine, one of the most effective drugs at reducing risk of overdose deaths.

Only about 7 percent of practitioners have obtained the waiver that allows them to treat 275 patients with buprenorphine per year, according to SAMHSA.

“Federal law makes it easier to prescribe potent opioid painkillers that carry a risk of fatal overdose — such as hydrocodone, oxycodone and fentanyl — than to treat someone with [opioid use disorder],” several health and physician groups wrote in a letter House and Senate leaders earlier this month.

The groups, which included the American College of Emergency Physicians and the Drug Policy Alliance, also noted that buprenorphine is the only FDA-approved medication used in fighting addiction that can be prescribed without an in-person visit to a health provider, making lifting restrictions more critical during the pandemic.

While the Trump administration moved to end the waiver requirement shortly before Biden took office, the plan was canceled by the new administration because it was issued “prematurely”. Biden officials added, however, that the Department of Health and Human Services and the Office of National Drug Control Policy are looking for ways to “increase access to buprenorphine, reduce overdose rates and save lives”.

On the campaign trail, Biden’s plan for ending the opioid crisis included a pledge to make medication assisted treatment universally available no later than 2025 by removing the waiver requirements, providing $20 billion in grants to expand capacity for treatment and train health professionals, and cracking down on “barriers” posed by insurance companies.

Ending the waiver requirement has bipartisan support in Congress. Two bills sponsored by Rep. Paul Tonko (D-N.Y.) and Sen. Maggie Hassan (D-N.H.) would remove the requirement and direct SAMHSA to conduct a national campaign to educate health care practitioners about integrating substance use disorder treatment into their practices.

Experts say removing the requirement could involve more primary care doctors in prescribing necessary medications, an important step given the shortage of specialists.

But despite the fact that more than 20 million Americans have some type of substance use disorder, there are only 4,400 actively practicing certified addiction specialist physicians in the US, according to the American Society of Addiction Medicine.

“This burdensome requirement does not improve patient safety, but does lead to treatment bottlenecks and a lack of providers across the country, particularly in rural areas,” Hassan, Tonko and other lawmakers wrote in a letter to Biden this past week.

“This outdated waiver requirement continues to limit access to treatment even as medical professionals are able to prescribe the same drug for pain management without jumping through bureaucratic hoops,” they stated.