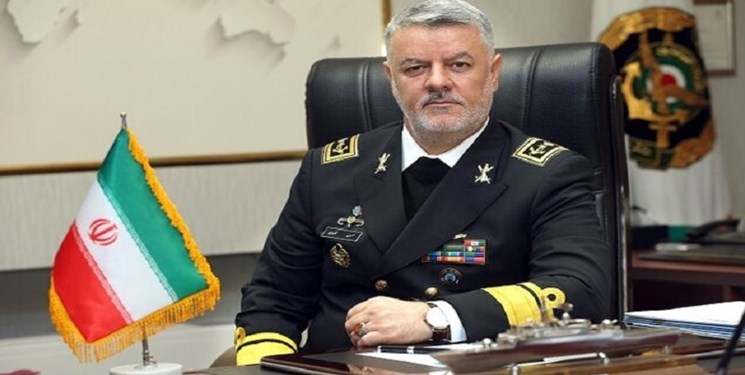 “Since last year, the Navy has put on the agenda a series of joint maritime security drills with the participation of countries in the region and the world," Khanzadi said on Tuesday, adding, "This time, the Russian Navy joined the exercise site, and the Indian Navy is scheduled to join the combined maritime security exercise."

"Last year, the Chinese Navy had joined the powerful navies of the Armed Forces of the Islamic Republic of Iran. This year, as the exercise coincides with Chinese New Year, they announced that their navy would join the exercise after their New Year," the commander noted.

"The overall goal of the exercise is to achieve collective security at the regional level, which will help sustain security in the North Indian Ocean in a sustainable way for the benefit of stakeholders," Khanzadi said.

"The feature of this year's exercise is the joining of the Indian Navy. India is one of the most powerful navies in the region. The presence of the navy in the exercise is very important for India and Iran," he stressed.

"The combination of efforts that are taking place in the Indian Ocean region shows that the regional countries, especially those with naval powers, are becoming more convergent than ever in order to achieve collective security. It means that the Global Arrogance must realize that it must leave the region,” the commander highlighted.

In relevant remarks earlier on Tuesday, Spokesperson of the joint Iran-Russia naval exercises Rear Admiral Gholamreza Tahani said security of the sea lanes in the North of the Indian Ocean is among the most important goals of the exercise.