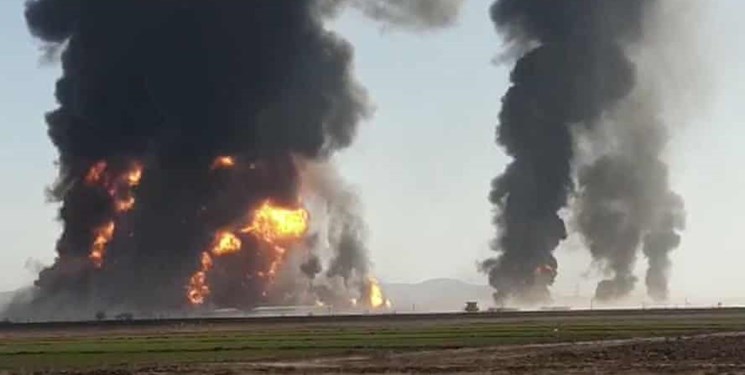 Araqchi sympathized with the Afghan people and government over the Sunday tanker explosion near Islam Qala border of Herat province.

Meerwais Nab, for his part, hailed Iran’s timely and effective assistance for containing the fire and responding to the situation in Islam Qala.

In relevant remarks on Sunday, Afghan Vice-President Amrullah Saleh appreciated Tehran for its immediate assistance to extinguish the huge fire at a customs post in Herat province near the border with Iran.

In a message on Sunday, Saleh thanked the Iranian government for helping put out the fire and allowing hundreds of tankers to enter the country to stay safe from the massive fire.

A fuel tanker exploded on Sunday at the Islam Qala crossing causing a massive fire that consumed more than 500 trucks carrying natural gas and fuel.