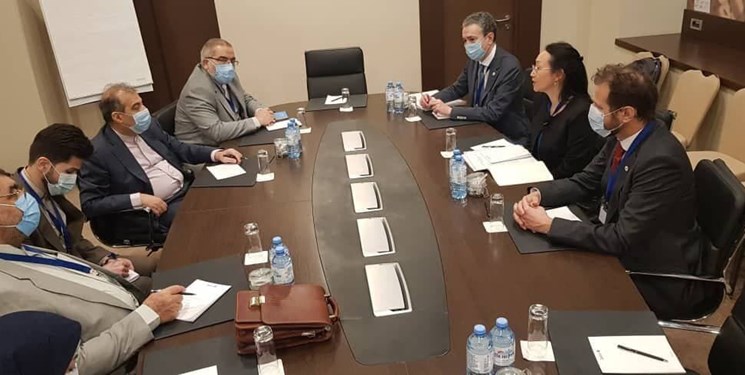 Iran’s diplomatic delegation, led by Foreign Minister’s Senior Assistant for Special Political Affairs Ali-Asghar Khaji, is in the Russian resort city of Sochi to attend expert meeting of the format countries in the context of Syria peace talks.

The Iranian and Turkish delegations discussed the status quo in Idlib, East of Euphrates, and the latest developments in the Kurdish region of Syria, as well as the peace process in the country, highlighting the Syrian Constitutional Committee and dialogue.

They emphasized that there is no military settlement to the Syrian crisis and that the standoff can only be resolved through dialogue.

In a relevant event on Tuesday, Khaji met and talked with UN Special Envoy for Syria Geir O. Pedersen on the latest developments in Syria and expressed Iran’s support for the UN efforts on the issue.