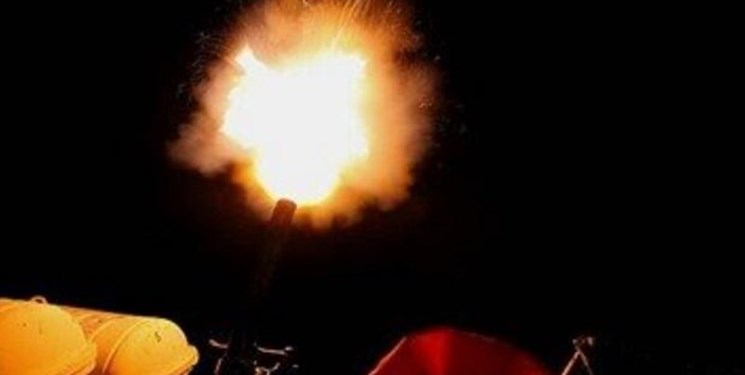 TEHRAN (FNA)- A night shooting operation against aerial targets was conducted in the joint Iran-Russia naval drills in the Northern Indian Ocean, a spokesman of the Iran-Russia combined naval exercise announced.

"Last night, the night shooting operation against aerial targets, which is one of the most important naval exercises, was successfully carried out," Spokesperson of the joint Iran-Russia naval exercises Rear Admiral Gholamreza Tahani said on Wednesday.

"Nighttime shooting at air targets requires coordination and detailed instructions," he said, adding, "Due to the diversity of drones, the scenario of this exercise was designed and carried out based on a common tactical principle between the Iranian Navy consisting of Army and IRGC navies, as well as the Russian Navy."

In a relevant development yesterday, at the beginning of the exercise and under the command of the Iranian Jamaran destroyer, Iranian and Russian floating units fired various weapons at predetermined surface targets at sea.

In the next stage, the "PHOTOEX" exercise was performed, including the offensive arrangement of the units participating in the exercise in accordance with the threats in the region.

Iranian-Russian ‘Marine Security Belt’ drills are underway with the slogan "Collective Cooperation at Sea for the Security of Maritime Trade" in a 17,000-kilometer area with a message of peace and friendship.

Also on Wednesday, the Iranian and Russian naval forces on the second day of their joint drills in the Northern Indian Ocean exercised freedom of two hijacked ships and extinguishing fire.

“On the second day of combined wargames in the Northern Indian Ocean, and based on a scenario, the rescue operations of two cargo ships hijacked by pirates while sailing in international waters was carried out by surface and air units,” Admiral Tahani said on Wednesday.

He explained that at this stage, after sending an emergency message by the cargo ships to the MRCC center of Chabahar, first the operation area was identified and searched by a SH3D helicopter of the Iranian Navy and then the Iran-made destroyer, Jamaran, ordered the warships stationed in the region into two groups consisting of Iranian and Russian units to liberate the vessels.

“The special operations forces of the Iranian Army and Islamic Revolution Guards Corps (IRGC) Navies along with Russian forces were deployed on the hijacked ships’ decks by air landing and also simultaneously penetrated from the surface, arrested the pirates and carried out the scenario of operations to free the ships,” Rear Admiral Tahani said.

He added that the scenarios included capturing the pirates, extinguishing the fire set by pirates as a smoke screen to delay the rescue operations, treatment of the wounded and finally towing the cargo vessel to a safe harbor.

In relevant remarks on Tuesday, Rear Admiral Tahani said security of the sea lanes in the North of the Indian Ocean is among the most important goals of the exercise.

“Since last year, the Navy has put on the agenda a series of joint maritime security drills with the participation of countries in the region and the world," Khanzadi said, adding, "This time, the Russian Navy joined the exercise site, and the Indian Navy is scheduled to join the combined maritime security exercise."

"Last year, the Chinese Navy had joined the powerful navies of the Armed Forces of the Islamic Republic of Iran. This year, as the exercise coincides with Chinese New Year, they announced that their navy would join the exercise after their New Year," the commander noted.

"The overall goal of the exercise is to achieve collective security at the regional level, which will help sustain security in the North Indian Ocean in a sustainable way for the benefit of stakeholders," Khanzadi said.

"The feature of this year's exercise is the joining of the Indian Navy. India is one of the most powerful navies in the region. The presence of the navy in the exercise is very important for India and Iran," he stressed.

"The combination of efforts that are taking place in the Indian Ocean region shows that the regional countries, especially those with naval powers, are becoming more convergent than ever in order to achieve collective security. It means that the Global Arrogance must realize that it must leave the region,” the commander highlighted.